The Crown corporation's four-year offer includes annual two-per-cent wage hikes, plus signing bonuses of up to $1,000 per employee 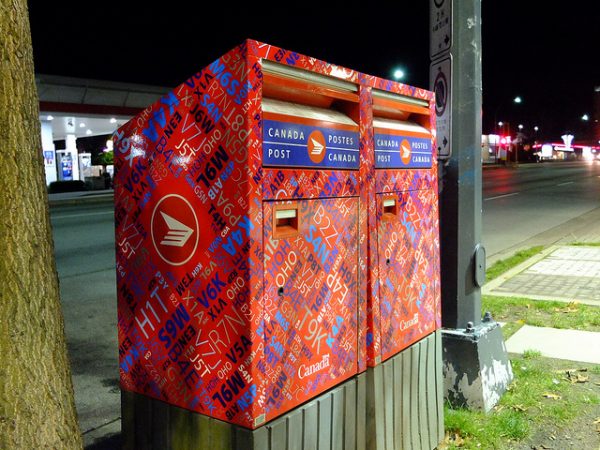 OTTAWA – Canada Post has issued what it calls a “time-limited” contract offer to its employees in hopes of ending rotating strikes that have created a historic backlog of undelivered parcels.

The offer Wednesday to members of the Canadian Union of Postal Workers came just hours after online sales and auctioning giant eBay called on the federal government to legislate an end to the contract dispute.

The Crown corporation’s four-year offer includes annual two-per-cent wage hikes, plus signing bonuses of up to $1,000 per employee.

The proposal, which the agency said was worth roughly $650 million, also contains new job-security provisions, including for rural and suburban carriers who have complained about precarious employment, and a $10-million health-and-safety fund.

But Canada Post said the offer was only viable if it can be agreed to before the holiday shopping rush. It has imposed a deadline of Nov. 17 for Canadian Union of Postal Workers members to accept the deal.

“This measure is to ensure we can reach a just-in-time resolution and deliver for Canadians ahead of the holiday rush,” the Crown corporation said in an email.

“The time limit is necessary as this offer is only affordable if we can clear the backlogs caused by the union’s strike activity and effectively deliver the quickly arriving massive Black Friday and Cyber Monday volumes.”

A representative for CUPW told The Canadian Press that the union’s negotiating committee is reviewing the offers, and they won’t have a comment until the review is complete.

The head of eBay Canada sent a letter to the prime minister late Tuesday, urging him to force an end to the labour dispute. Andrea Stairs, eBay’s general manager for Canada, also warned that quick action was needed to ensure retailers don’t lose out on the Black Friday and Cyber Monday sales.

“I encourage the government to explore all available legislative solutions to alleviate the current situation,” Stairs wrote in the letter, which was also sent to Labour Minister Patty Hajdu and Public Services Minister Carla Qualtrough.

Continued rotating strikes at Canada Post will result in significant losses for small and medium-sized businesses across the country, Stairs warned, noting that smaller firms are unable to negotiate lower shipping fees with other delivery services.

While many businesses have adapted as best they can since the strikes began on Oct. 22, Stairs said adjustments online sellers have made so far to avoid delivery disruptions are unsustainable.

“Black Friday and Cyber Monday are critical sales opportunities for Canadian small and micro retailers, particularly those that sell into the U.S. – the largest consumer market in the world,” she wrote.

“Should the Canada Post service disruptions continue through this key retail moment, these (smaller businesses) will be seriously disadvantaged in competing for U.S. demand.”

Black Friday and Cyber Monday, which are annual shopping days known for their deep discounts, fall this year on Nov. 23 and 26.

Prime Minister Justin Trudeau warned last week that his government would look at “all options” to bring the Canada Post labour dispute to an end if there was no significant progress in contract talks. Trudeau did not elaborate on what actions could be taken, although the previous Conservative government passed legislation to end a two-week lockout of postal employees in 2011.

A spokeswoman for Hajdu said Wednesday the government recognizes Canadians and small businesses rely on the postal service, and encouraged corporate and union negotiators to keep talking.

“We urge both parties to reach a deal soon to reduce the impacts to Canadians, businesses, Canada Post and their workers,” Veronique Simard wrote in an email.

Canada Post said Wednesday it was facing an unprecedented backlog of shipments and warned the situation could escalate quickly.

Postal union members picketed in Toronto on Tuesday for the third time in the past two weeks. The latest job action in Toronto was over by Wednesday morning, but the shutdown added to the backlog of items already waiting to be sorted and shipped, said Canada Post spokesman Jon Hamilton.

“We have now surpassed 260 trailers of parcels and packets waiting to be unloaded,” Hamilton wrote in an email, referring to the Gateway parcel processing plant in Toronto.

“The union just took down their pickets but we are backed up beyond anything we’ve ever seen in our history. With Toronto out on strike, we also missed two days of customer pickups, which will likely push that trailer total over 300 today.”

The union is negotiating contracts for 50,000 of its members in two divisions – urban carriers and rural and suburban workers. It said Tuesday that Canada Post had failed to address key issues, including health and safety, staffing levels and job security.

The two sides have been negotiating for almost a full year, with little success despite the assistance of government-appointed mediators.