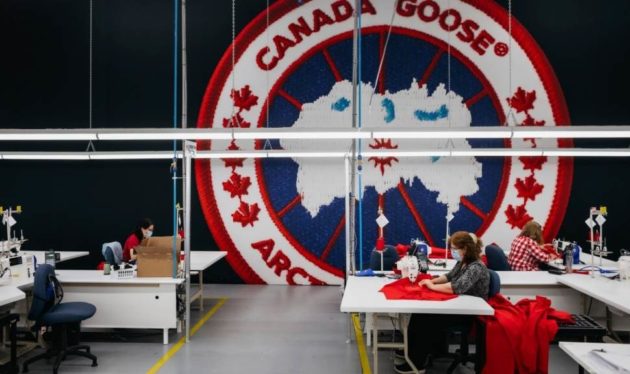 The company, known for its luxury winter parkas, announced plans in March to start production of medical gear at two Canadian factories.

It will begin to reopen its other Canadian facilities over the next two weeks to bring all eight of its locations into production.

“These unprecedented times call for decisive, collective action and now is the time for Canada to invest in Made-in-Canada solutions,” said Dani Reiss, president & CEO, Canada Goose in a prepared statement. “With one of the largest Canadian apparel manufacturing infrastructures in the country, we are uniquely positioned to re-tool our facilities and refocus our teams to produce a variety of personal protective equipment – and we are prepared to leverage all of our resources to do what’s right for our country.”

Approximately 150 employees are currently producing equipment in Toronto and Winnipeg. The company said as many as 900 employees will be working when it reaches full capacity.

Canada Goose plans to produce at least 60,000 gowns per week, with plans to deliver up to 1.5 million, at cost.

The company has three manufacturing facilities in Winnipeg and three in the Toronto area as well as operations in Montreal and Boisbriand, Que.