The food and beverage giant is moving a mere 15-minute minute drive from its soon-to-be-closed, 87-year-old manufacturing plant in Etobicoke, Ont. 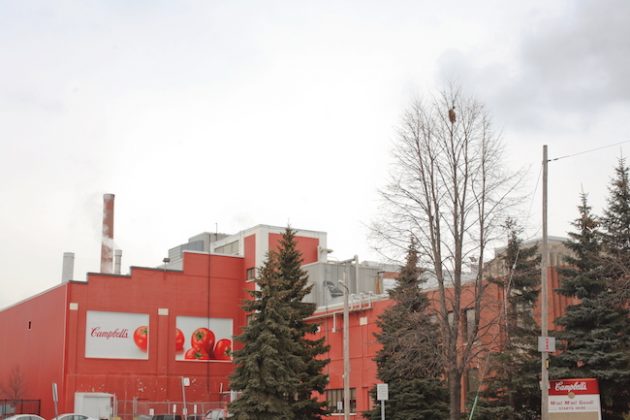 It will be located in the Airport Corporate Centre region, which is a 15-minute minute drive from its soon-to-be-closed Etobicoke manufacturing plant.

The company decided to shutter the 87-year-old plant in January and cut 380 jobs, citing complications with retrofitting such an old building as the reason for the closure.

Campbell says it chose Mississauga for its new headquarters because of its proximity to its Etobicoke facility and because of the area’s demographics.

The headquarters will house 160 employees, all from its current team.

The move from Etobicoke will happen in stages, but the company hopes the headquarters will be operational by the first quarter of 2019.