Brick Brewing to expand in Kitchener, plans closure of nearby Formosa plant 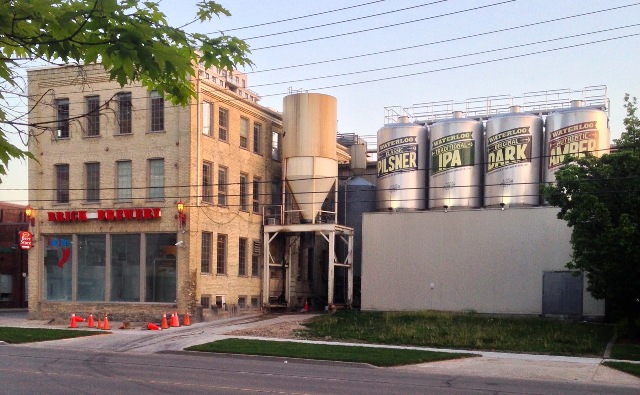 Brick Brewing Co. is expanding its Kitchener, Ont. plant with improvements to its blending, packaging and warehousing operations. PHOTO: JustSomePics, via Wikimedia Commons

KITCHENER, Ont.—The Ontario brewery that makes the Waterloo craft lineup and the Laker discount brand is consolidating all its production west of Toronto by shutting down one operation in Formosa, Ont. and investing $4 million in its Kitchener facility.

Brick Brewing Co. said Jan. 5 it plans to complete the expansion in Kitchener by July and close the Formosa plant, which employs 18, no later than September.

The $4 million investment will support improvements to Brick’s blending, packaging and warehousing operations in Kitchener and allow it to increase production at the plant.

As it works to upgrade the facility, it is also putting the 40,000 sq. ft. Formosa site up for sale.

“It is clear that a single site with full capabilities is the ideal end state solution to enhance both our competitiveness and our ability to serve our customers,” George Croft, the company’s president and CEO, said in a statement.

Brick expects to save at least $600,000 each year by shutting down the Formosa plant, where it makes the Red Baron and Formosa Springs brands.