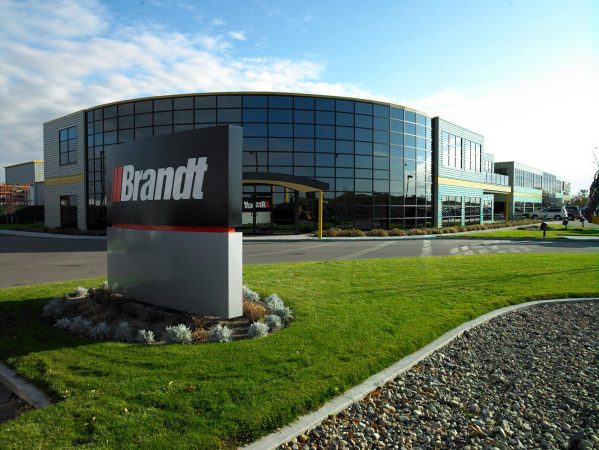 The Regina-based company will now be the sole owners of the Regina Pats Hockey Club. (CNW Group/Brandt Group of Companies)

REGINA — On Mar. 12, the Regina Pats Hockey Club announced that it had been acquired by the Brandt Group of Companies. Brandt had previously been a co-owner of the WHL team with the Queen City Sports and Entertainment Group since the local consortium originally acquired the franchise in April, 2014.

The deal has received approval from the WHL Board of Governors and Brandt will take over sole ownership of the Pats organization, effective immediately.

“This is a very exciting day for the entire Regina Pats organization; Brandt has played a key role in supporting and building up our organization over the years,” says Regina Pats General Manager, John Paddock. “Especially now, as we look forward to an end to the uncertainty resulting from COVID-19 and its restrictions, it is tremendously reassuring to have the strong backing of the Brandt organization and the Semple family.”

The Regina-based company is stepping in during a restrictive time due to the pandemic, when operations are limited. The Regina franchise welcomes the stability of new ownership in the Brandt Group of Companies.

“The pandemic has created exceptional challenges for sports organizations like the WHL and the Pats have felt the effects like everyone else,” says Brandt Group of Companies CEO, Shaun Semple. “At Brandt, we are huge Pats fans and strong believers in the importance of community. Regina is our hometown and we’re committed to ensuring a secure future for our home team.”

The Semples’ vote of confidence in the Pats is well timed, and coincided with Regina’s debut as a ‘Hub Center’ host for WHL East Division teams for the abbreviated 2020-21 season, which opened on Mar. 12.

The Brandt Group of companies is an equipment manufacturer serving a variety of industries across North America.