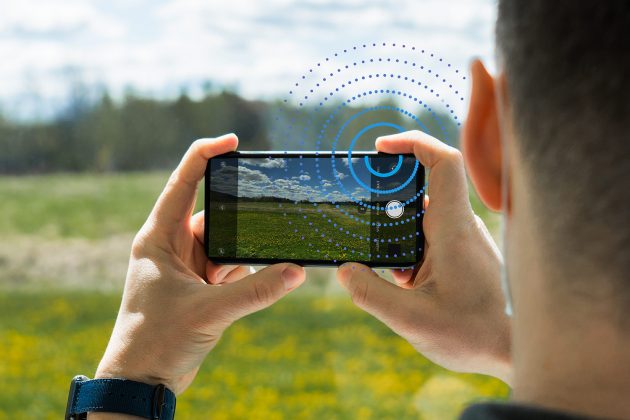 “One of the most promising advancements in smartphones is the rise of touch-based gesture interfaces, which let users ‘swipe’ to look around a panoramic scene or tap virtual ‘trigger points’ on the phone to engage in gameplay—all without the use of mechanical switches or buttons,” said James Hayward, principal analyst, IDTechEx. “While adding immeasurably to the phone’s user interface, existing gesture-sensing solutions are still limited by a lack of haptic feedback. Suppliers who can offer both capabilities in a single device will enable manufacturers to achieve greater product differentiation.”

“The race for competitive advantage in smartphones is fierce—and the user interface is a vital part of that competition,” said Simon Chaput, founder and CEO, Boréas Technologies. “While manufacturers have tried replacing traditional buttons and switches with different sensor technologies for gesture detection, they’ve not caught on in the mainstream because all lack the reassuring physical sensations of haptic feedback. Our NexusTouch offers the best of both worlds, opening new real estate for the first time on the sides of the phone to advanced gesture detection with localized haptics.”