The Montreal-based rail and aerospace firm will retain majority ownership 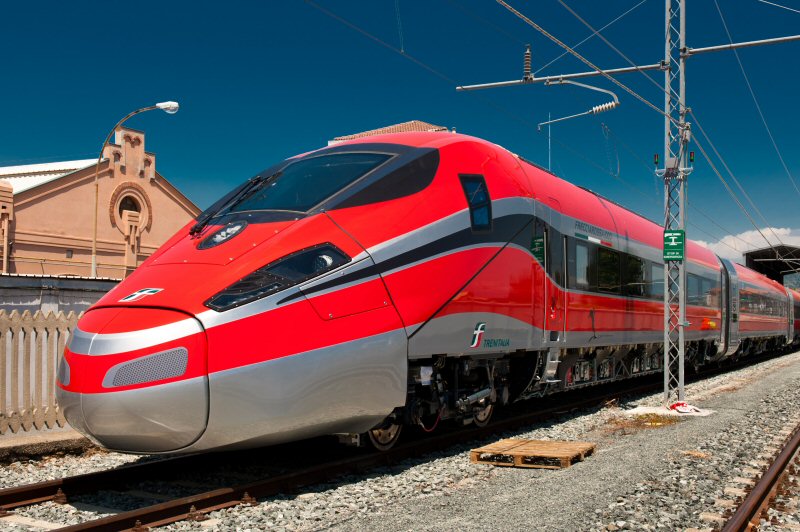 Bombardier’s Frecciarossa 1000 has a top commercial speed of up to 360 km/h, making it the fastest train in Europe

MONTREAL—Bombardier says it will set up its rail division as a separate publicly traded company, while retaining majority ownership.

Bombardier Transportation is one of the world’s largest suppliers of subway, streetcar and other rail equipment for mass transit systems and accounts for about half the parent company’s overall business.

There has been public speculation for months that Bombardier Transportation could be sold as part of a strategic review announced after its Montreal-based parent installed a new leadership team.

But the company’s new CEO said that the rail unit will continue to be controlled by Bombardier Inc.

“Let me be very clear, Bombardier Transportation is not for sale,” Bombardier chief executive Alain Bellemare said in a statement. “We like this business and it will remain part of Bombardier Inc.”

In the first quarter of 2015, Bombardier Transportation produced US$2.04 billion of revenue—reported in U.S. currency—down 10 per cent from $2.27 billion in a year earlier, according to results issued Thursday.

Overall revenue for Bombardier Inc. was $4.4 billion, essentially unchanged from the first quarter of 2014, as the different segments of its aerospace business showed revenue growth that offset the decline in the rail division.

The adjusted earnings were above the five cents per share estimated by analysts, according to Thomson Reuters.

Bombardier Aerospace has been struggling to launch the CSeries, a new generation of passenger jet for commercial airlines that’s undergoing test flights prior to going into commercial service.

The company said Thursday that the first airline to put the CS100 into service will be Swiss International Air Lines, a division of Lufthansa—Germany’s largest airline.

Deliveries of the CS100 are slated to begin in the first half of 2016, potentially a few months later than previously planned.

Details of the proposed initial public offering for Bombardier Transportation weren’t disclosed in Thursday’s financial report but the company said it expects the IPO to take place in the fourth quarter of this year.

It also says the main listing for the new company’s stock will likely be in Germany, where Bombardier Transportation has its global headquarters.

Meanwhile, Bombardier said more layoffs are likely in its business aircraft division as it plans to reduce production due to demand softness, especially from Latin America, China and Russia. In January, the company cut 1,000 jobs in Mexico and Wichita, Kan., after pausing development of its Learjet 85.

Analysts expect Bombardier’s moribund shares will get a lift from the IPO announcement. They closed Wednesday at $2.38, down from the 52-week high of $4.43.

Bombardier is the only global company to operate in both the aerospace and rail industries. It previously also owned the Ski-Doo snowmobile business but spun that off several years ago as a separate company, now operating as BRP Inc.