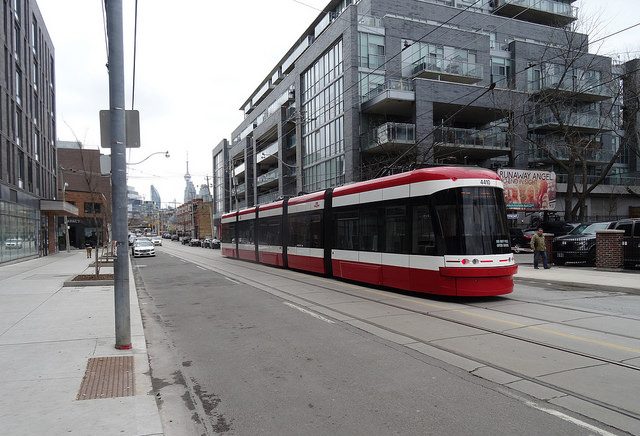 Delayed streetcar deliveries have been a flash-point for tensions between the TTC and Bombardier. PHOTO: booledozer/Flickr

THUNDER BAY, Ont.—Bombardier Inc. and workers at the company’s Thunder Bay, Ont. plant have agreed on a new three-year deal.

The union said the deal includes wage increases for both production and skilled trades workers at the Northern Ontario facility along with pension increases. The agreement will also ensure the vehicle production at the plant continues smoothly, Unifor head Jerry Dias, said.

The facility builds trains and light rail vehicles for a number of Ontario transit projects, including the new streetcars for the Toronto Transit Commission.

Slow deliveries have led to ongoing tension between the TTC and Bombardier over the past few years, while similar delays have prompted Ontario transit agency Metrolinx to attempt to break a $770 million light rail contract with Bombardier.

Dominic Pasqualino, president of Local 1075, said the agreement will keep transit vehicles rolling off assembly lines at the plant.

“We went into these talks with the needs of the transit services we supply at the top of our mind,” Pasqualino said. “With this collective agreement, we have taken steps to help the company meet its obligations, while improving job security for our members.”

Among the contract stipulations that could help Bombardier ramp up output is a seven-day work week at key work stations in Thunder Bay.