Bombardier signs deal to sell a dozen CSeries aircraft to EgyptAir for US$1.1B

The letter of intent includes a firm order for 12 CS300 aircraft and purchase rights for up to 12 more of the CSeries jets, which sit at the centre of trade dispute with Boeing and partnership with Airbus 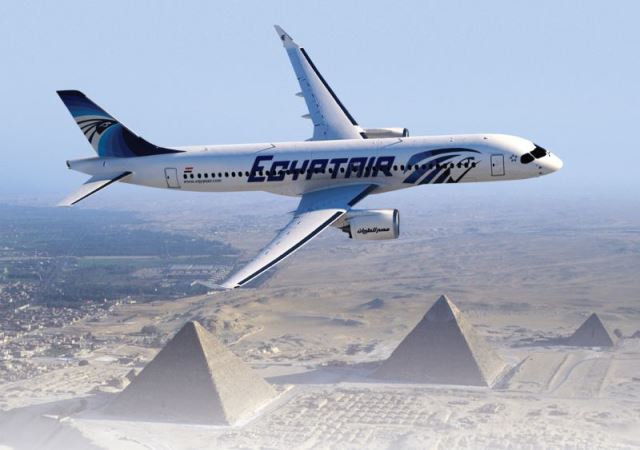 The agreement covers the sale of up to 24 of the Canadian company’s CSeries jets to Egypt’s flagship carrier. PHOTO: Bombardier

The agreement, announced and signed at a ceremony Nov. 14 at the Dubai Airshow, also includes purchase rights for an additional 12 aircraft, which would double the value of the sale.

The U.S. Commerce Department has imposed harsh duties on Bombardier, charging the Canadian company of selling the C Series planes in America below cost and receiving government subsidies. In October, it said it would impose an 80 per cent duty on top of duties of nearly 220 per cent on the aircraft, a benefit for rival Boeing.

After the decision, the Montreal-based company sold a majority stake in its C Series jet business to European aerospace giant Airbus for no cost.