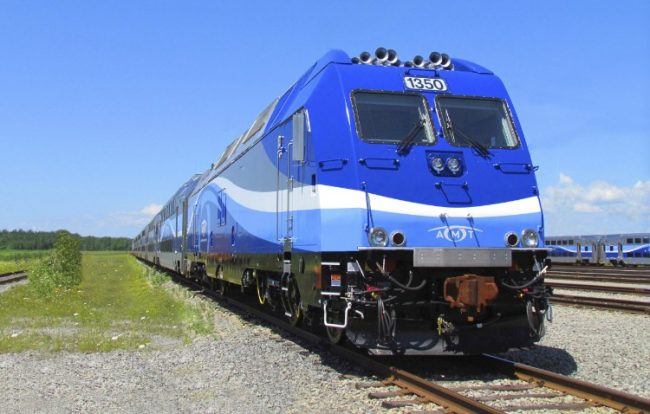 MONTREAL—Bombardier has inked a deal with Montreal’s suburban transit authority.

The Quebec company will continue to maintain the fleet of 264 railway cars and 41 locomotives for Montreal’s Agence metropolitaine de transport, or AMT, but as of July 1 will also operate the trains using its own employees.

The eight-year agreement, which took effect last Friday, is worth $331 million and includes a two-year option to extend the contract.

It employs 125 workers in Montreal, some 900 in Ontario and about 50 in Western Canada for railway maintenance and operations.

Bombardier expects to hire about 100 people to run the trains for AMT’s commuter services on six rail lines that stretch beyond the Island of Montreal to outlying communities.

Canadian National Railway and Canadian Pacific Railway indicated a year ago that they no longer wanted to operate the locomotives even though they owns some of the railway tracks, the AMT said.

“Upon reflection, we decided that the best strategy was to contract all our activities to one supplier,” said agency spokeswoman Fanie Clement St-Pierre.

Bombardier could hire the CN and CP conductors.

The AMT said the contract with Bombardier could be modified if the Caisse de depot builds a 67-kilometre electric train network priced at $5.5 billion that will service the Two-Mountains line as of 2020.