Company will also drop $1.75 billion in orders from its books as it changes sales strategy 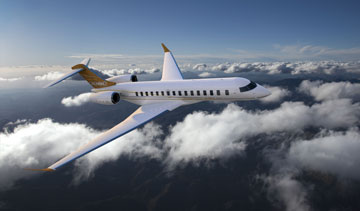 The Montreal-based firm will now become directly responsible for sales in the Middle East and North Africa. PHOTO Bombardier

MONTREAL—Bombardier’s Business Aircraft division is changing up its playbook.

The company has ended a 40-year relationship with TAG Aeronautics, a company which served as the business jet maker’s exclusive sales representative and distributor for new Challenger and Global series aircraft in 21 Middle Eastern and North African countries. It plans to go at it alone and focus on direct-to-market sales across the region.

“We are changing our sales strategy to increase our focus on direct channels,” David Coleal, president of Bombardier Business Aircraft, said. “This, coupled with our robust transformation plan, will increase our long-term profitability. Our overall business model enhancements will leverage our class-leading aircraft, which continue to be outstanding business tools for operators in all regions of the world.”

As a result of the shift, Bombardier has incurred special charges of $278 million, most of which will hit the company’s books in 2016. The firm managed to disburse $50 million in the fourth quarter of 2015.

Along with the charge, the company has restructured numerous sales agreements, resulting in the cancellation of 24 firm orders—representing $1.75 billion at 2015 list prices. 30 optional orders were also scrapped. Nevertheless, the company said it expects to re-sell these positions at improved margins.

“Restructuring these commercial agreements will strengthen our business and solidify our long-term profitability,” Coleal said. “Our sales team is well equipped to increase our position in the marketplace, and ultimately, we expect our current industry-leading backlog to become even stronger.”