Bombardier shares close below $1 for first time in 25 years 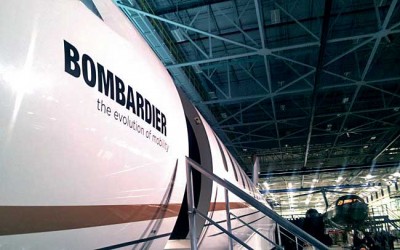 A rough economic climate and a missed-out-on order are two contributors to the decline. PHOTO: David Kennedy

MONTREAL—Bombardier shares closed below $1 for the first time in 25 years on Wednesday as the plane and train maker struggles to regain its footing.

Over the past year, its shares have dropped from $3.05 as the company has struggled to deliver its over budget and delayed CSeries commercial jetliner, win new orders and maintain a healthy financial footing.

Analyst David Tyerman of Canaccord Genuity said the decrease isn’t likely tied to one event but rather to disappointment over Bombardier not winning an order from United Airlines and cumulative concerns about whether the company can withstand a macroeconomic downturn.

Tyerman—who has a $1.30 price target for Bombardier—said it doesn’t really matter if the shares are a few cents above or below $1, except in the case of some institutional investors who won’t own shares of a company that are below that threshold.

Unlike other stock exchanges, TSX rules don’t have a set minimum share price but the exchange monitors the price as part of a broader set of criteria, said spokesman Mathieu Labreche.

Meanwhile, analysts don’t have high hopes when Bombardier’s reports its fourth-quarter 2015 results Feb. 17. The company is expected to show two cents per share in adjusted net earnings on US$5.5 billion of revenues, down from four cents on nearly US$6 billion a year earlier.

Related Stories
Domtar shares up after beating profit expectations for the third quarter
Hydro One shares hit TSX in largest IPO in Canada in 15 years
Toy maker Spin Master expects sales to decline this year, shares fall
Bombardier shares plunge after it says it expects to fall short of guidance