The manufacturer is sending 12,400 employees on unpaid leave 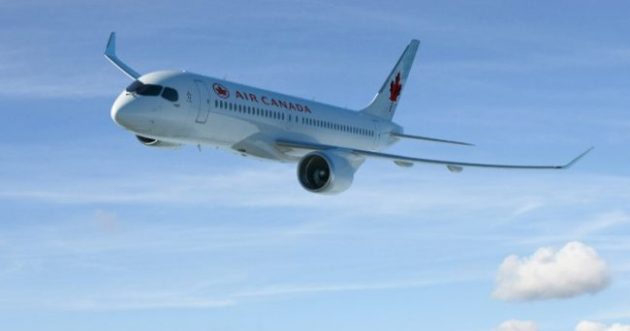 MONTREAL — Bombardier Inc. is temporarily halting production at its Canadian plants, sending 12,400 employees on unpaid leave as the plane maker suspends its 2020 financial forecast due to the COVID-19 pandemic.

The company said March 24 it is stopping all non-essential work in the country, including aircraft and rail production in Quebec — where 9,000 workers are heading home — and Ontario.

The shutdown was set to start March 24 and continue until April 26.

Bombardier, which carries a hefty debt despite multiple asset sales over the past five years, has cut all discretionary spending and “is pursuing additional measures to enhance liquidity,” chairman Pierre Beaudoin said in a statement.

The Montreal-based firm, reduced to a single revenue stream after announcing the sale of its rail division to French train giant Alstom SA last month, may face falling demand for new business jets amid the broader economic slowdown triggered by the novel coronavirus outbreak.

The sale, made to help pay down Bombardier’s US$9.3 billion in debt, once again shrank a company that a year ago boasted three major divisions — commercial aircraft, trains and business jets.

The COVID-19 crisis is dragging down corporate profits and equities markets, which both correlate strongly with demand for private planes, said Richard Aboulafia, an aviation analyst with Teal Group in the Washington, D.C., area.

Last week, Financial Bank lowered its delivery forecast for Bombardier business jets to 145 planes from 154 this year, and to 120 planes from 150 for 2021. The backlog for the Global 7500 — Bombardier’s new, ultra-long-range business jet listed at US$73 million apiece — remains healthy, with the aircraft sold out through 2022.

“The bigger issue is going to be the supply chain, because they’re very complicated pieces of equipment with hundreds if not thousands of suppliers,” said AltaCorp Capital analyst Chris Murray, noting the ripple effect of plummeting travel demand for manufacturers.

The US$8.2-billion deal with Alstom and other recent transactions will leave Bombardier with net proceeds of between US$4.2 billion and US$4.5 billion after deducting the Caisse de Depot et Placement’s equity position, as well as adjustments for debts and other liabilities, Bombardier said in February.

The deal is expected to close in the first half of 2021 if it can move through European Union regulatory hurdles.

Bombardier shares have hit new lows over the past week, hovering between 38 and 50 cents at their cheapest price in decades.

In the Montreal area, the affected factories sit in Mirabel, Saint-Laurent, Dorval and Pointe-Claire, and east of Quebec City in La Pocatiere.

Executives as well as workers are forgoing pay, Bombardier said Tuesday. Board members have also agreed to forgo compensation for the remainder of the year.

Bombardier’s now suspended outlook from last month had projected revenue growth to US$15 billion from US$13.7 billion in 2019. The company also forecasted margins for earnings before interest and taxes of 3.5%. Both figures fell below analyst expectations.