On June 20, Bombardier signed a letter of intent to provide 50 turboprop planes to an Indian regional carrier and a contract with a transport JV to supply 750 train cars to a rail system in south west England 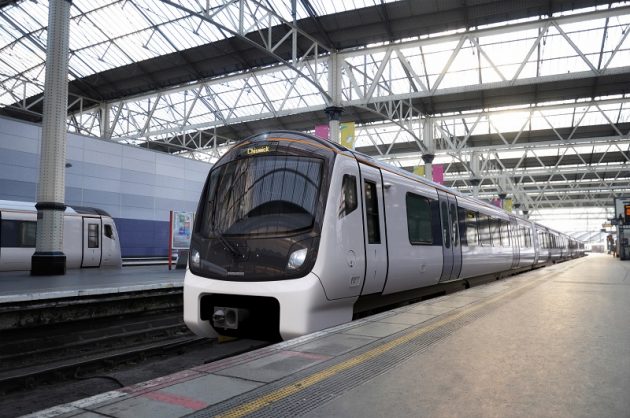 TORONTO—Bombardier made a couple of big splashes June 20 when it signed a letter of intent for 50 turboprops and a contract for 750 train cars. If both deals go through, the company is looking at a windfall of roughly US$2.8 billion.

Wheeling and Dealing at the Air Show

Bombardier Commercial Aircraft announced from the International Paris Air Show that it has signed a letter of intent (LOI) with SpiceJet of Gurgaon, India for up to 50 Q400 turboprop airliners.

The LOI includes 25 Q400 turboprops and purchase rights on an additional 25 aircraft. Based on the plane’s list price, an order could be valued at US$1.7 billion.

“When finalized, the repeat order will increase the Q400 aircraft fleet in the fast-growing market in the Asia-Pacific region and will launch the high-density 86-passenger model of the Q400 aircraft in India,” said Fred Cromer, president, Bombardier Commercial Aircraft.

Since 2010, SpiceJet has taken delivery of 15 Q400 aircraft. The airline currently operates 20 Q400 aircraft in a 78-seat configuration to domestic and international destinations.

“SpiceJet operates India’s largest regional fleet and is the only organized operator in this space. The acquisition will help us further increase connectivity to smaller towns and cities and help realize Prime Minister Narendra Modi’s vision of ensuring that every Indian can fly,” said Ajay Singh, chairman and managing director, SpiceJet.

Currently, there are 165 Q series turboprops in service with or on order by 25 customers and operators in the Asia-Pacific region.

While the LOI does not guarantee a sale, the prospect of a contract this big is a bright spot for a company that has been dealing with financial troubles, scandal and a public dispute with Boeing.

Bombardier Transportation has signed the largest single contract in the company’s history for its Aventra train, worth US$1.1 billion.

The company has struck a deal with FirstGroup, the multinational transport company which provides bus and rail services in North America and the U.K., and MTR, Hong Kong’s transit authority.

Through a joint venture, FirstGroup and MTR have won a contract with the U.K.’s Department of Transport to provide rail service for the country’s South Western franchise, a rail corridor which services London and much of England’s south west, and Bombardier will supply and maintain 750 train cars for this system.

“We have exciting plans for the South Western rail franchise and these new trains are an important step on the way to delivering an improved journey experience for our passengers,” said Steve Montgomery, managing director of the First Rail division at FirstGroup.

Bombardier has also agreed to a technical services and supply agreement for the duration of MTR and FirstGroup’s seven year franchise on the South Western corridor, with extension options.

Bombardier’s Aventra trains have also been chosen for rail systems in London and the U.K.’s East Anglia franchise as well.

The Aventra units will be supplied in both 5-car and 10-car configurations, and these new trains will come into service on the South Western network from mid-2019 to December 2020.