The American aeronautics powerhouse has accused its Canadian rival of benefiting from unfair government subsidies and selling its new jetliner in the U.S. at below-market prices 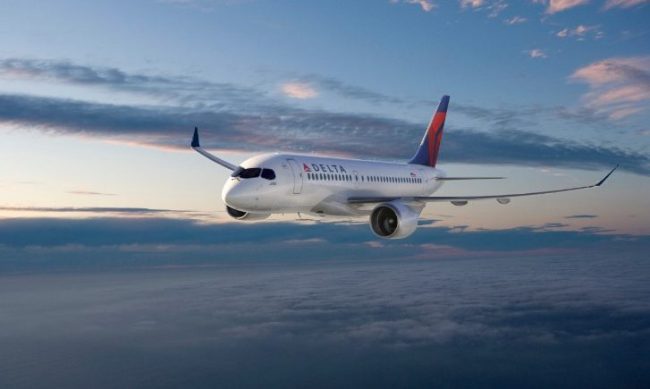 WASHINGTON—The next potential Canada-U.S. trade dispute was unfolding in a Washington courtroom May 18 as aerospace actors clashed over details that could hold implications for the global trade in mid-sized airplanes.

The U.S. aeronautics powerhouse Boeing was at a hearing arguing for duties on Bombardier aircraft, insisting its smaller Canadian rival receives government subsidies that give it an illicit toehold in the international market.

Lobbyists, lawyers, and aerospace executives crowded the courtroom for a little battle playing out in the broader context of the day’s larger trade news: the U.S. announcement that NAFTA renegotiations will start in the next 90 days.

Bombardier has made it clear that its true goal is to grab half the international market share for 100-to-150-seat aircraft, according to Boeing, which argues its rival has received an unfair head start from Canadian taxpayers.

Boeing vice-president Raymond Conner said the sale of cheap, subsidized planes to Delta helped build momentum for Bombardier to enter a new market. If Bombardier reaches its stated goal, he said, it would squeeze Boeing from that market and cost the company US$330 million a year in annual sales.

“Today we are at a critical moment,” Conner told the seven-member U.S. International Trade Commission. “If you don’t fix it now, it will be too late to do anything about it later… What we want is competition that is fair…

“You guys can fix this before it is too late.”

Boeing has petitioned the U.S. Commerce Department and the U.S. International Trade Commission to investigate subsidies of Bombardier’s CSeries aircraft. Boeing lawyers argued Thursday that Bombardier’s own words prove it was rescued financially by multibillion-dollar assistance from the Quebec government.

The process is similar to the one that has led to duties on Canadian softwood lumber. These are among the looming trade disputes with the U.S., as NAFTA talks could raise the heat on differences over dairy, dispute resolution, auto parts and other issues.

Bombardier representatives countered that their planes never competed with Boeing in a sale to Delta airlines—which the American rival describes as a seminal moment.

Bombardier lawyer Peter Lichtenbaum said the plaintiff is a global powerhouse that hasn’t lost any sales as a result of Bombardier, has an enviable order backlog and doesn’t even compete with Bombardier in the sales campaigns it has complained about.

“Boeing’s petition in this case is unprecedented in its overreach,” he said. “If this is a case of David vs. Goliath, Boeing has cast itself in the wrong role.”

Boeing’s annual sales were US$94.6 billion last year. That means the $330 million Conner expressed concern about amounts to one-third of one per cent of its annual sales. Bombardier revenues last year were $16.3 billion.