Donations from this event will go towards making cultural and musical education more accessible to families, young musicians, children and the elderly. 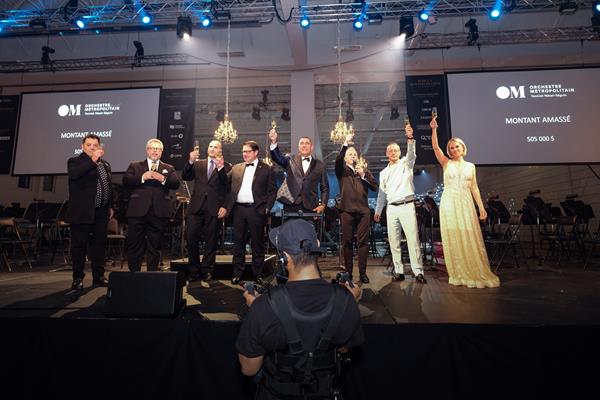 MONTREAL — The Orchestre Métropolitain and Bombardier came together for the Sixth Annual OM Benefit Gala, presented this year around the theme “Great conductor, great chef.”

The gala took place at the Laurent Beaudoin Completion Centre in Dorval against the backdrop of a Global 7500 aircraft. The facility in Dorval is where Bombardier designs, manufactures and installs the interior fittings of global business jets.

Donations from this event will go towards the OM’s musical mission, an initiative that works to make cultural and musical education more accessible to families, young musicians, children and the elderly.

“As honorary chair, I would like to personally thank all those who responded this evening and have contributed with their donations and their time to the success of this very important event. It was a very proud moment for all of us at Bombardier to welcome you to our premises,” said Éric Martel in a statement.