Boeing gets FAA message, will halt Max production in January

The Max is Boeing's most important jet, but it has been grounded since March after crashes in Indonesia and Ethiopia that killed a total of 346 people 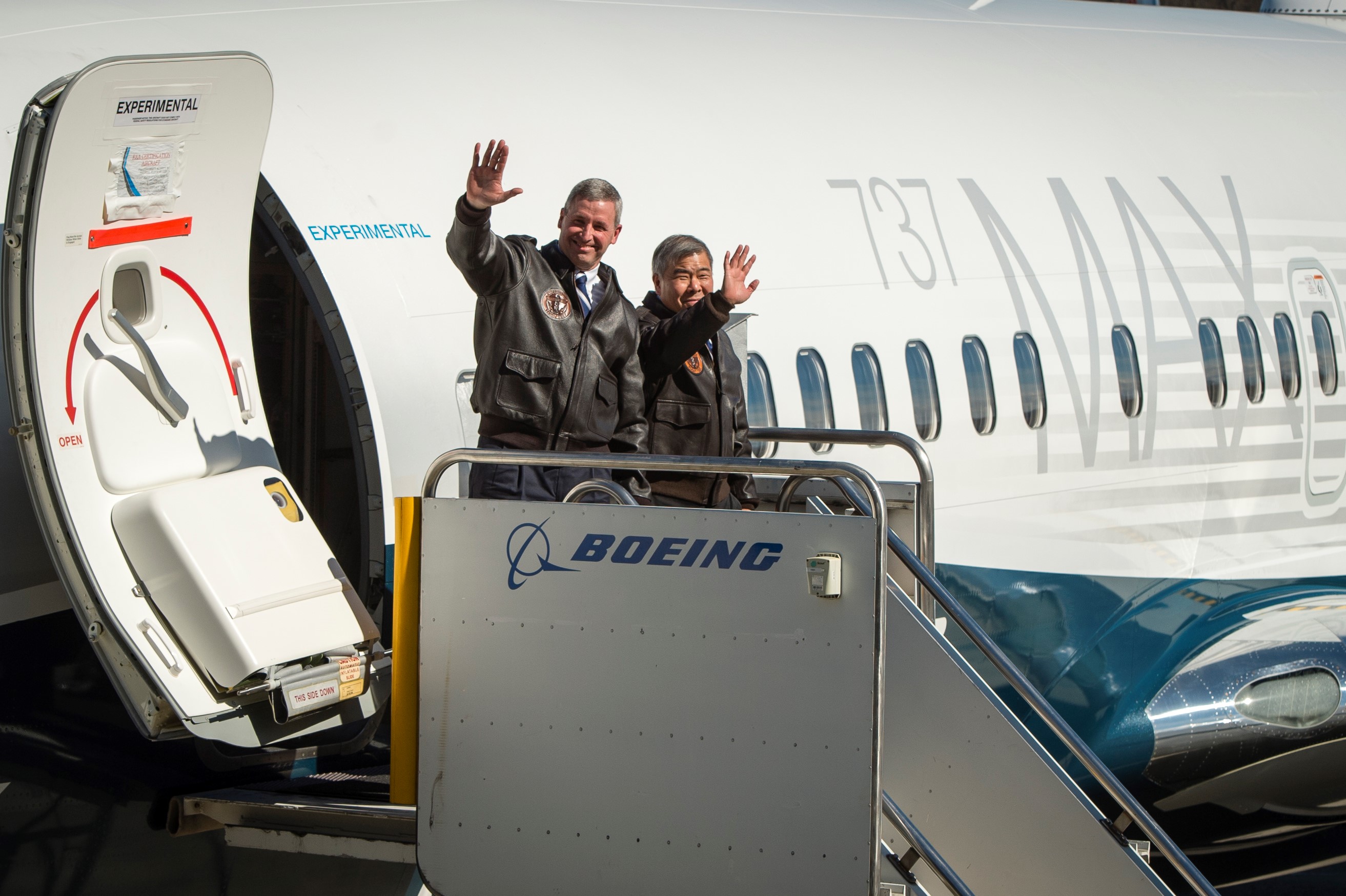 PHOTO: Boeing pilots Jim Webb (left) and Keith Otsuka wave to the crowd after completing the first flight of the 737 MAX 7/Boeing

The message to Boeing Co. from the Federal Aviation Administration was clear: The grounded 737 Max won’t get approval to fly again anytime soon. So the company had little choice but to idle the giant factory where the plane is made.

Boeing announced Monday that it will suspend production of the Max starting sometime in January, with no specific date for when the Renton, Washington, plant will be restarted.

The company said it won’t lay off any of the factory’s 12,000 workers “at this time,” and many could be diverted to plants elsewhere in the Seattle region. Some could also be assigned to work on the 400 jets that Boeing has built since the Max was grounded in March but couldn’t be delivered.

Boeing’s decision is a recognition that it will take longer than the company expected to get the planes back in the air, said Richard Aboulafia, an aircraft industry analyst at the Teal Group.

“If they had gotten some information quietly, behind the scenes, from the FAA that things were looking good for January or February, they wouldn’t have done this,” he said.

The Max is Boeing’s most important jet, but it has been grounded since March after crashes in Indonesia and Ethiopia that killed a total of 346 people.

The FAA told the company last week that it had unrealistic expectations for getting the plane back into service. Boeing has missed several estimates for the plane’s return date.

The agency has not given a specific date for approving the Max’s return, but FAA Administrator Stephen Dickson has said it will be done on the agency’s timetable, not Boeing’s.

The FAA said Monday it wouldn’t comment on Boeing’s business decisions, and that it has no set time frame for when work to recertify the Max to fly will be completed.

Even if no employees are laid off, ceasing production still will cut into the nation’s economic output because of Boeing’s huge footprint in the U.S. manufacturing sector. Through October of this year, the U.S. aerospace industry’s factory output has fallen 17% compared with the same period last year, to US$106.4 billion, in part due to previous 737 Max production cuts.

Aboulafia said the shutdown would probably hinder the economy in the coming months and could worsen the nation’s trade balance. “This is the country’s biggest single manufactured export product,” he said.

In a statement, Boeing said it will determine later when production can resume, based largely on approval from government regulators.

“We believe this decision is least disruptive to maintaining long-term production system and supply chain health,” the company said.

Investigators have found that flight control software designed to stop an aerodynamic stall was a major factor in the crashes, and Boeing is updating the software, making it less aggressive. But regulators have yet to approve the changes.

The long-term grounding has put Boeing in a difficult position, said Joe Schwieterman a DePaul University professor who is an aviation expert. The plant shutdown will help Boeing conserve cash, but it also will disrupt the network of about 900 companies that supply parts for the Max and other 737 models, Schwieterman said.

The shutdown will cost the company economies of scale gained by producing large numbers of planes. But by continuing to produce the grounded jets, Boeing was forced to store them on the ground as they depreciate because they can’t be delivered.

“The airlines certainly aren’t going to pay for planes until they’re ready for flight. So Boeing is really between a rock and a hard place here,” Schwieterman said.

Boeing will likely face some tough negotiations with suppliers about what level of payments it will provide during the production hiatus. The company will want to avoid any layoffs or shutdowns by suppliers that would keep it from quickly restarting production once its safety is approved. Shares in French supplier Safran were down 3.4% in Paris.

“It’s really in Boeing’s interest to identify who needs payments to keep workers and capabilities in place for when the ramp up eventually happens,” Aboulafia said.

Even before the production halt, airlines were delaying the dates for when they expect the Max to fly passengers. Last week American Airlines removed the Max from its schedule until April 7, a month later than previously announced. Southwest Airlines’ pilots union also doesn’t expect the Max to fly until at least April.

Jeff Windau, industrials analyst for Edward Jones, said the 400 planes that Boeing has built but can’t deliver likely were a major factor in the decision to halt production. This comes “both in consideration of storage space and how efficiently can you get them delivered once the plane is ready to return to service,” he said.

Boeing has made progress on some FAA requirements to get the Max back in service, Windau said, but he still views the production halt as a negative for the company.

“The flight control system is complex and there are still unknowns with the timing of regulator reviews and approvals,” Windau wrote in an email. He also wrote that it may be difficult to restart an idled factory once production ramps back up.

Boeing already is having cash flow issues. In October, the company reported that free cash flow went from $4.1 billion a year ago to a negative $2.9 billion in the third quarter, worse than analysts had expected.

The Chicago-based company also faces about 150 lawsuits from relatives of crash victims, and it has set up a $100 million fund to aid families.

The 737 Max crisis has meanwhile helped Boeing’s main competitor, Europe’s Airbus, which saw deliveries surge 28% during the first half of the year. Boeing deliveries fell 37%.

Airbus declined to comment Tuesday, but has said in the past that Boeing’s crashes have not affected its sales strategy. Its shares were steady in Paris.