Back in 1905, Francois Leclerc baked his first cookie in the back room of his house in Quebec City. He likely didn’t know at the time that his one-man business would grow into a North American enterprise now in its 5th generation of family management.

Today Biscuits Leclerc Ltée looks quite different, with six sophisticated manufacturing plants in the US and Canada, producing a wide selection of branded and private label bars, cookies and treats including the Praeventia, Celebration, Vital and Go Pure lines. Leclerc’s popular recipes are core to its success, but its executives also credit automation, product innovation and a strong focus on quality and IT. 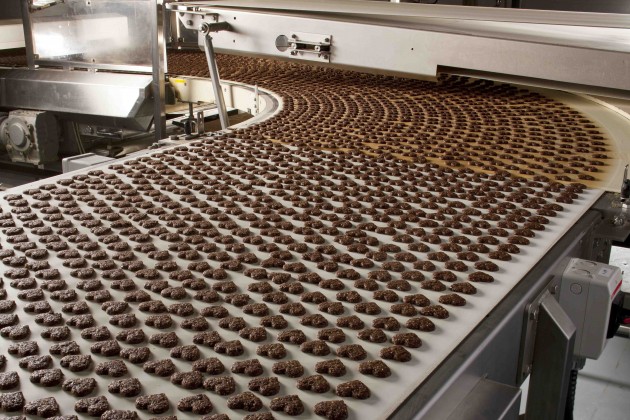 “We’ve had growth of 100 employees over the last three or four years,” says Richard Gagné, senior vice-president of performance improvement and US operations, who has been with Leclerc for 33 years. We’re around 800 employees now and when I started we were at 40 or 45.”

Gagné has been involved in Leclerc’s rapid expansion over the past decades and the company’s evolution into a state-of-the-art manufacturer. It has two plants in Saint-Augustin-de-Desmaures near Quebec City, one in Hawkesbury, Ont., a facility in Montgomery, Pa., one in Kingsport, Tenn. and in 2014, acquired a 166,500 sq.-ft plant in Phoenix. It has annual sales of about $370 million and exports to more than 20 countries, including the UK, Mexico, Japan and Australia.

Its Quebec plants produce filled cereal and muffin bars, cream sandwich cookies, chocolate coated cookies, granola bars, wafers and other products. Leclerc has also built up a significant ‘better for you’ line, including its Praeventia and Vital products. In fact, keeping pace with shifting consumer preferences is a big part of Leclerc’s success, adds Laurent-Xavier Gilbert, vice-president of innovation and marketing. 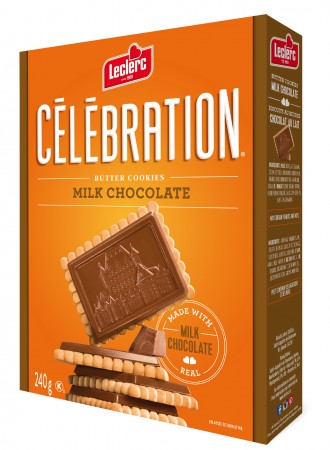 “A lot of my work is to make sure the innovation pipeline continues to support that growth…We have a very dynamic R & D team here in Quebec City and also in the US…We’re always at the forefront looking at new trends, new ingredients and niche products.”

With new products continuously added to the Leclerc line-up, the company relies on lean manufacturing and automation to keep pace. The Leclerc corporate video is a study in contrasts, first showing Francois Leclerc baking at a wood stove, followed by footage of the plant’s high-speed automated packagers and processors.

“Robots have been a part of life since the 1990s,” Gagné says. “We automate everywhere we can. We have Delphi vision systems to put cookies in trays and automated packaging and case packing. We have X-rays, metal detectors and automated rejection of any faulty packages on the line. We have very sophisticated systems that can intercept a small grain of sand.”

CEO and President Denis Leclerc travels to food plants overseas to see innovations in action. Leclerc’s plants have strategies and equipment imported from Italy, Austria, Germany, Switzerland and other areas. “European equipment is renowned for its value and abilities,” says Gagné, adding the team also keeps a close eye on production volumes.

“We try to stay one step ahead of the capacity available to us so when we have [new] opportunities, we’re ready. Our strategy is not to wait for the business to come…We never hesitate to invest in top-notch equipment and processes.”

Manufacturers in Canada often cite the challenge of higher costs, such as energy, compared to other jurisdictions. For Leclerc, a big part of being competitive and offsetting those costs is automation. “When the Canadian dollar is strong we tend to buy equipment and kind of gear up,” Gilbert says.

Part of that attitude includes a willingness to assume some risk. In the 1990s when Leclerc was still relatively small, the family decided to invest in an enterprise resource planning (ERP) system from SAP.

“It was a risky decision at that time but it was a good one because SAP brought us world-class practices and the rigor we need to [optimize] our processes,” says Gagné. “We’ve been able to follow the trend of growth with that system through the years.”

Aside from the ERP system, which incorporates most of Leclerc’s front-end and production processes, the company also uses iPads running a unique training and maintenance program called Poka.

Every piece of equipment on the shop floor has a QR code and corresponding training and troubleshooting modules accessed on the iPads. Poka was created by Alexandre Leclerc—Denis’s son—and is now a separate technology company serving the manufacturing sector.

“It’s really been a game changer in terms of how we relay information and how we train people on the plant floor,” says Gilbert. “They have tools now. For instance, an employee becoming an operator of a given piece of equipment will go through different training modules on Poka, some of them independently and some assisted with a senior operator.”

An aging workforce was a motivating factor for implementing Poka. As Gilbert points out, a machine operator with 20 years of experience immediately knows when something is amiss, just from a slightly different sound a machine might be making.

“That’s very difficult to transfer to a younger employee when that [operator] retires,” he says, adding Poka is essentially a portable library of training and solutions providing new staff with knowledge it might otherwise take years to accumulate.

Finding those new employees is another matter. “Our biggest challenge is really recruiting,” Gilbert explains. “Especially if we’re talking about afternoon, evening or night shifts…We’re trying to recruit, retain and train younger employees.”

Leclerc has on-site fitness facilities, cafeterias and wellness programs as part of its retention strategy. Its Quebec plants are just 300 to 400 metres apart, but each facility has its own amenities since one is peanut free.

“So the employees are not even allowed to eat peanuts in the morning before they come to work and for us, it requires us to have parallel systems. For example, to make sure we’re not risking any cross-contamination, an employee who had worked the morning in the peanut plant couldn’t work the afternoon in the peanut-free facility.”

Stringent safety and quality policies are inherent to any successful food manufacturer, but Leclerc has gone above and beyond the usual requirements to achieve the rigorous British Retail Consortium (BRC) Food Safety Standard.

“We’ve managed to get an A+ and be the first North American manufacturer to receive that,” Gilbert says. “A+ is unannounced audits so at any time of the day the certifying body can send inspectors in to audit.”

That level of transparency requires strong confidence by the executive in Leclerc’s manufacturing safety and quality processes. With its long history of investing in the best technology and touring the world for innovations, there’s no doubt Leclerc will be ready for the next audit—and continued expansion in the years to come.