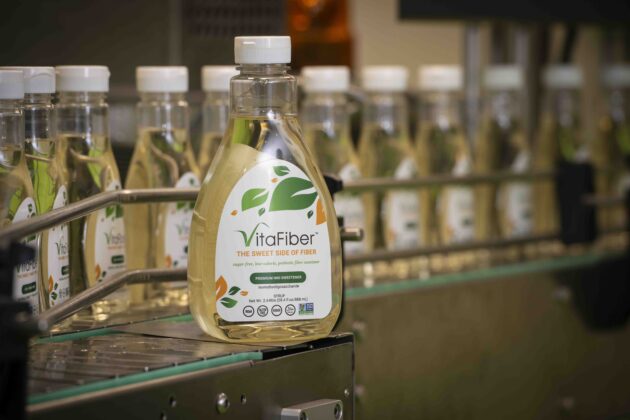 A bottle of the VitaFiber sweetener by BioNeutra.
Photo: Robert Bray

EDMONTON — BioNeutra, a food ingredient researcher and manufacturer in Edmonton  has added another award to its bulging trophy case. Food and beverage industry publisher FoodBev in Germany has named VitaFiber IMO the world’s top beverage ingredient.

VitaFiber IMO, an alternative to sugar, and other award winners were announced at the 18th Annual World Beverage Innovation Awards in Nuremberg. Almost 300 nominations came from 25 countries across 22 categories.

It’s used by more than 200 US and European manufacturers in protein bars, ice cream, yogurt, beverages and confections.

BioNeutra’s customers include a mix of small and medium businesses as well as a number of high-profile food and beverage manufacturers on four continents.