Bell has produced more than 5,600 commercial aircraft operating around the world, among which 1,000 are in the Canadian market today. 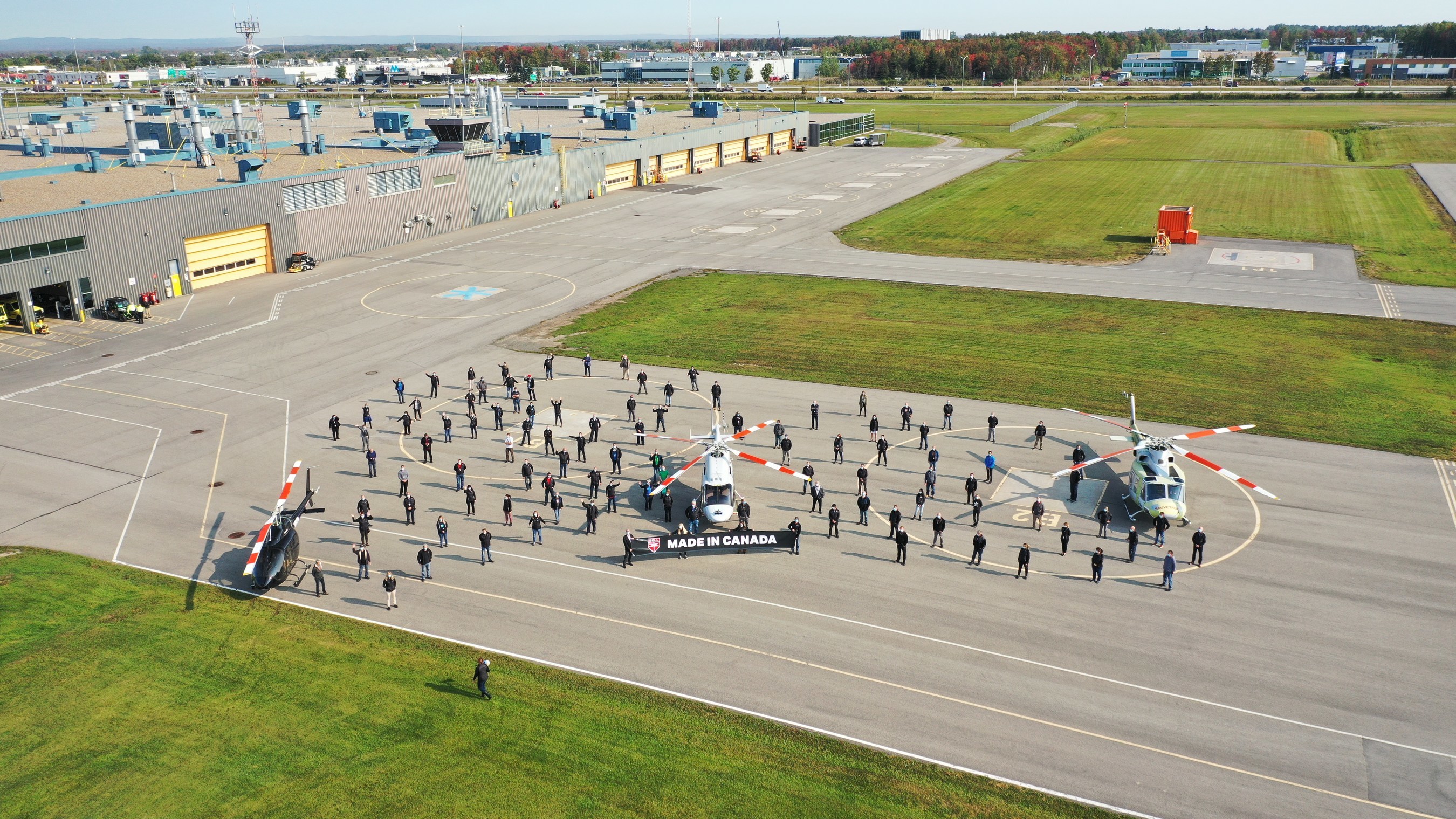 Certifying single and twin-engines rotorcraft over the last 35 years, Bell has produced more than 5,600 commercial aircraft operating around the world, among which 1,000 are in the Canadian market today.

“For three and a half decades, Bell Textron Canada has produced and delivered leading-edge commercial helicopters to provide vertical lift solutions to operators, businesses and government agencies all over the world. Along the way, we’ve built a remarkable legacy in Canada,” said Mitch Snyder, Bell president and CEO.

Bell Textron Canada has partnered with the Canadian and Quebec governments over the years to produce and support the Royal Canadian Air Force’s Griffon fleet, the Canadian Coast Guard and the Sûreté du Québec. According to OMX, with its Supply Centre in Calgary, Alberta, and Commercial Assembly and Delivery Centre in Mirabel, Quebec, Bell has helped to sustain more than 6,200 jobs in Canada, has 550 suppliers across the country and contributes $848M to Canada’s GDP per year.

“35 years ago, Canada’s strong interest in establishing itself in the helicopter industry, their support and funding for construction, research and technology development, attracted Bell to this region and eventually enabled the company to build a robust commercial helicopter line. Today, the Bell team is a driving force for aerospace innovation in Canada and throughout the aviation industry, delivering safe and reliable aircraft, and offering superior customer experience,” said Steeve Lavoie, President of Bell Textron Canada.