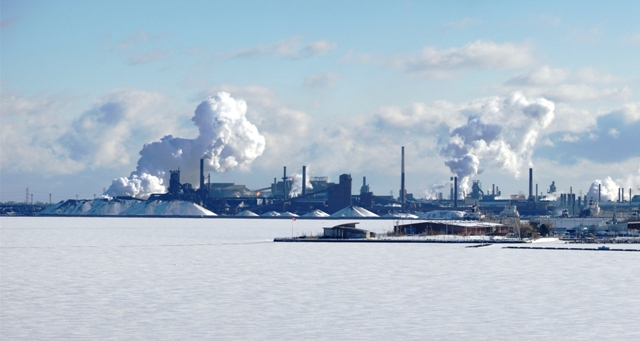 U.S. Steel Canada entered creditor protection in 2014. Any deal will require the approval of the Ontario Court of Justice. PHOTO: MarcusObal, via Wikimedia Commons

Terms of the deal remain secret, but build on a memorandum of understanding reached between the Ontario government and Bedrock in September.

The deal still requires the approval of the Ontario Superior Court of Justice, which has been overseeing U.S. Steel Canada’s restructuring since it entered creditor protection in 2014.

The United Steelworkers’ union said it is “cautiously optimistic” about the deal, but noted there are a number of outstanding issues to be addressed before the Hamilton and Nanticoke, Ont. steel plants change hands.

“We believe the agreements reached by Bedrock Industries—first with the Ontario government and now with U.S. Steel—represent the best opportunity to date for the restructuring and continued operation of U.S. Steel Canada facilities,” Marty Warren, USW director for Ontario, said.

The union must also green-light the deal through a ratification vote. It said protections for retirees and a new collective agreement for current workers are among the top concerns.

U.S. Steel acquired its Canadian arm in 2007 through the controversial purchase of Stelco.

The American steel giant said if the deal is approved it will continue to provide some service support to the company throughout the transition, including supplying the former Stelco plants with iron ore pellets through 2021. If approved, the acquisition will release U.S. Steel from all environmental, pension and other liabilities.