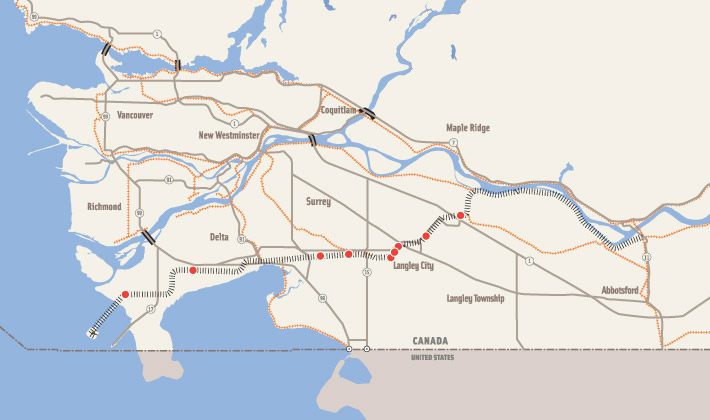 The $307-million upgrades involved nine separate projects around the key trade corridor, each addressing an aspect of rail or road improvement along its 70-kilometre stretch. The RBRC is mostly known for connecting Canada’s largest container facility and a major coal terminal at Roberts Bank with the North American rail network.

Approximately 388,000 vehicles cross the Lower Mainland rail corridor daily, and this number is estimated to increase to 560,000 vehicles per day by 2021.

“This unprecedented government and industry partnership has built a rail corridor that enhances our transportation and trade links to important markets while improving safety for local communities,” federal Minister of Transport, Lisa Raitt, said in a Sept. 4 statement.

The road and rail improvement projects were funded through a collaboration of 12 public and private sector partners.

Some of the improvements were safety related, such as separating trains from traffic at Mufford Crescent in the Lower Mainland to enhance safety and reduce congestion.

Transport Canada began studying ways to improve the RBRC in 2006. To read the full department report about the upgrades, please click here.