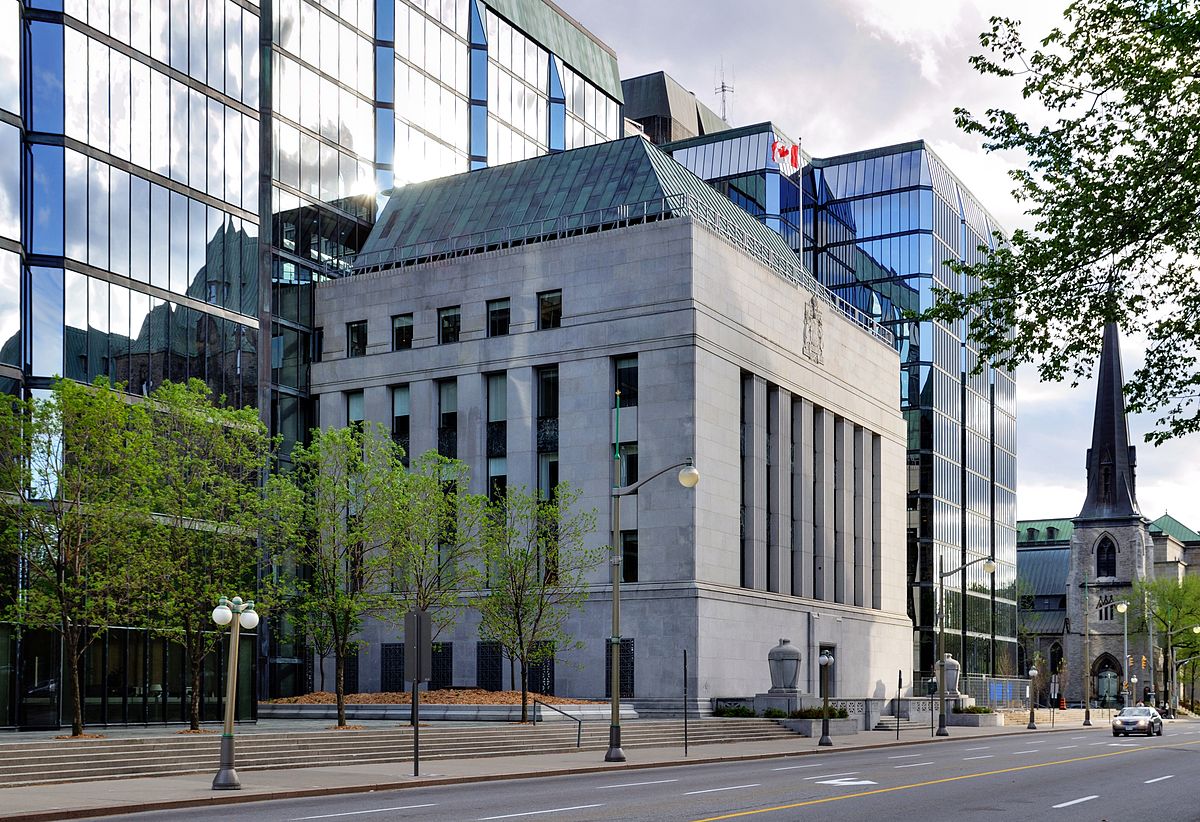 OTTAWA – The Bank of Canada ditched its discussion of interest rate hikes Wednesday as it downgraded its 2019 growth forecast on a prediction the economy nearly ground to a halt at the start of the year.

The central bank kept its key interest rate unchanged, as expected, and appeared to be in no hurry to move the interest rate any time soon. Unlike its recent statements, the announcement Wednesday made no mention of a need for future increases.

The decision left the trend-setting rate at a still-stimulative 1.75 per cent for a fourth-straight announcement – a pause that followed governor Stephen Poloz’s stretch of five hikes between mid-2017 and last fall.

The economy was operating close to full tilt for most of 2017 and 2018, the bank said, before a sudden deceleration in the final three months of last year.

The slowdown was largely caused by a drop in oil prices and unexpectedly weak numbers for investment and exports – and the bank says its effects have spilled into 2019.

“In Canada, growth during the first half of 2019 is now expected to be slower than was anticipated in January,” said the bank, noting how weaker-than-expected housing and consumption also weighed on the economy.

In its latest quarterly projections, also released Wednesday, the bank predicted growth in real gross domestic product of 1.2 per cent for 2019, down from its January forecast of 1.7 per cent. The Bank of Canada projected growth at an annualized rate of just 0.3 per cent in the first three months of 2019.

Following the release Wednesday, the Canadian dollar came under pressure and fell nearly half a cent.

The central bank, however, also predicted better days ahead.

The economy should pick up its pace in the second quarter on expectations of stronger housing activity, consumer spending, exports and business investment, the bank said. It expects the economy to build momentum through 2019 before returning to above-potential growth of 2.1 per cent in 2020 and two per cent in 2021.

Even with the anticipated improvements, the bank avoided mentioning future rate hikes in its statement Wednesday like it had in the past.

“Given all of these developments, governing council judges that an accommodative policy interest rate continues to be warranted,” the bank said.

“We will continue to evaluate the appropriate degree of monetary policy accommodation as new data arrive.”

The central bank’s March rate announcement said there was “increased uncertainty about the timing of future rate increases.” The January statement said the benchmark would need to rise over time to a so-called neutral range that had been estimated at between 2.5 and 3.5 per cent.

In addition to the change in the statement’s language, the central bank also updated its estimate Wednesday of the neutral – or destination – range, which is the preferred level when the economy is running at full capacity and when inflation is within its target zone of one to three per cent.

The bank said its new, slightly lower estimated range is between 2.25 and 3.25 per cent.

Many economists expect the bank to leave the interest rate untouched until at least late in the year, with some warning a rate cut could arrive before the next increase.

The Bank of Canada, which was widely expected to stand pat on the rate Wednesday, will make its next policy announcement on May 29.

Poloz has stressed the bank’s dependence on data, and the statement Wednesday said it will pay close attention to the evolution of household spending, oil markets and global trade policy.

Looking ahead, the bank projects a gradual expansion of investment outside the oil and gas sector before it turns into solid growth in the second half of 2019. It expects the boost to come with companies’ responses to capacity constraints, higher operating profits and investment incentives from the federal and Ontario governments.

Exports of goods and services, in particular, are expected to grow with a lift from foreign demand, though the bank noted there’s still uncertainty given global trade tensions.

The bank predicts consumption to continue expanding along with growing wages – even though households are burdened with high debt loads – and for the dampening effects of recent housing measures to fade over time.