Ballard plans to deliver the 10 fuel cell modules in 2021. 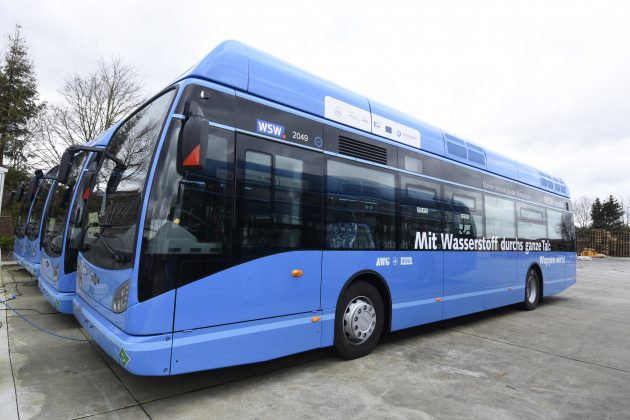 VANCOUVER — Ballard Power Systems announced on Dec. 17 a purchase order from Van Hool, a bus OEM and Ballard partner headquartered in Belgium, for 10 fuel cell modules to power Van Hool A330 buses to be deployed in Emmen, the Netherlands, under the JIVE2 funding program.

Ballard plans to deliver the 10 fuel cell modules in 2021. These will power 10 Van Hool A330 model Fuel Cell Electric Buses (FCEBs) that are planned for deployment with Groningen-Drenthe and Qbuzz, the public transport agency in Emmen, by 2022. Shell has been contracted to build a hydrogen refueling station and is also working on development of a 10-megawatt plant for onsite production of green hydrogen. Emmen’s fuel cell bus fleet is expected to use 60-to-90 tons of green hydrogen annually.

Filip Van Hool, CEO of Van Hool said, “We are keen to deploy more Fuel Cell Electric Buses, powered by Ballard, in European cities. The successful integration of Ballard products into our buses, including the A330, has enabled progress toward commercialization of fuel cells in public transportation. We expect continued market penetration and growth of zero-emission fuel cell buses throughout the EU.”