Automakers commit $1.5B to Canadian operations in latest round of labour deals

Canadian auto assembly has been on the decline for 17 years, slipping from 17 per cent of all North American vehicle assembly in 1999 to under 13 per cent last year 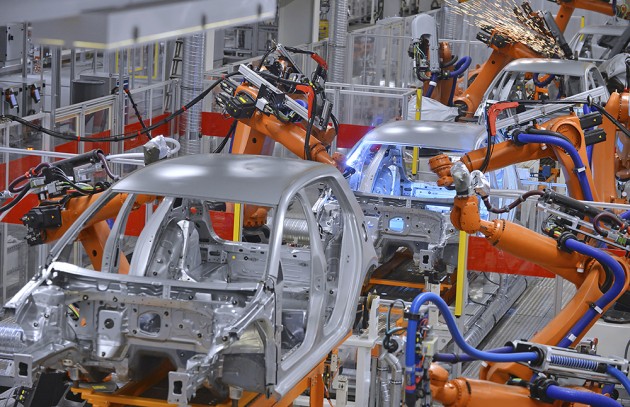 Canada has lost over 50,000 automotive jobs and four assembly plants since 1999

TORONTO—The three big North American automakers have committed to investing more than $1.5 billion in their Canadian operations as a result of contract talks with their unionized workers, a move that Unifor says will revitalize the country’s auto sector.

The union, which represents more than 23,000 auto workers in Canada, heralded the settlements hours after it reached a tentative agreement with Ford, concluding its negotiations with the so-called Detroit Three.

“This has been a real home run,” Unifor president Jerry Dias said in an interview Tuesday.

“This is the first time in over decade that we are going to see a real reversal of the fortunes of the auto industry here in Canada.”

Heading into bargaining talks, the union made clear that its primary goal was to secure investment from the automakers in their Canadian operations. Dias had expressed concerns about the ebbing away of jobs from Canada to jurisdictions such as Mexico and the southern U.S., where labour and electricity costs are cheaper.

The deal Unifor struck last month with General Motors marked a turning point when the company agreed to move some engine production from Mexico to St. Catharines, Ont.

“Who would have believed when we kicked off 2016 bargaining that we would have had product moving from Mexico and going to the GM plant in St. Catharines?” Dias said.

“It’s unheard of. It’s always been the other way around—Canadian jobs going to Mexico.”

However, automotive expert Tony Faria said the commitments secured during the negotiations don’t create new jobs or new facilities, they merely stem the loss of existing jobs and facilities.

Canadian auto assembly has been on the decline for 17 years, slipping from 17 per cent of all North American vehicle assembly in 1999 to under 13 per cent last year, according to Faria.

In that time Canada has lost over 50,000 automotive jobs and four assembly plants, Faria said.

“What has been accomplished in these auto talks is that we have maybe stopped the bleeding and held on to our existing facilities, which is certainly something we had to do,” said Faria, who serves as the director of the office of automotive research at the University of Windsor’s Odette School of Business.

“As to whether it’s done anything more than that, we’ll have to wait and see.”

The negotiations with Ford were the toughest of the three, the union said, but they resulted in a deal that, if approved during ratification votes on Saturday and Sunday, will see the automaker devote $700 million to its Canadian facilities.

Dias said the “overwhelming majority” of that investment will go to one of its two engine plants in Windsor, Ont.

A Ford Canada spokeswoman said in an email that the company would not discuss the tentative agreement until after the workers had a chance to review and vote on it.

Unifor was seeking a deal similar to those it reached with General Motors and Fiat Chrysler in pattern bargaining that began in the summer.

Dias said a number of factors came together to allow Unifor to negotiate such favourable agreements, including the resolve among members to go on strike and the low Canadian dollar, which benefits Canadian manufacturing and exports.

“The stars were all aligned,” Dias said. “We just needed to make sure that we brought it home, and we did.”

Brad Duguid, Ontario’s minister of economic development, said it wasn’t long ago that experts were predicting that the province would lose assembly and engine plants.

In an interview, the minister noted the provincial government is in talks with Ford and General Motors with regards to government grants.

“We fully expect that a prerequisite to these investments will be some form of government financial support,” Duguid said.