Nova Scotia's premier said national standards should be recognized, and provinces need the support of professional colleges to encourage mobility 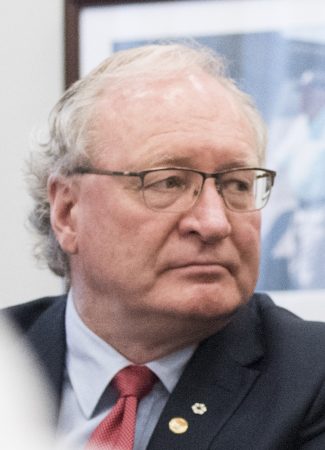 At a meeting in Charlottetown on Wednesday, the four premiers said the move will help address the challenges posed by an aging population and higher-than-average incidences of chronic diseases.

Nova Scotia’s Stephen McNeil said he doesn’t think any Canadians understand why professionals’ movement from province-to-province is so restricted.

“All of us have different licensing,” said McNeil.

“If you’ve written a Canadian medical exam and you have a practising licence in a Canadian province it doesn’t make any sense to those of us sitting at this table why you would need to have different certification. Those are the kind of barriers that we want to be able to break down.”

McNeil said there are national standards that should be recognized, and each province needs the support of its various professional colleges to help provide the needed mobility.

“It’s about those who are accessing primary health care in our respective provinces and we believe we can find common ground with the colleges to ensure that we make that process more effective and more efficient.”

P.E.I. Premier Wade MacLauchlan said there is an opportunity to build health teams across provincial borders.

“We have a lot of mobility of our citizens, our patients as we know, so this (initiative) is to explore how,” MacLauchlan said.

The premiers – joined for the first time by the lone East Coast Tory, New Brunswick’s Blaine Higgs – also agreed to approach Ottawa to seek a partnership in a regional electrical transmission system.

MacLauchlan said energy development is key to providing consumers with power that is “renewable, affordable and reliable.”

He talked about the difference a new subsea cable to his province has made since it was laid in 2017.

“Our peak power is now approaching 300 megawatt hours. That is an increase of about 15 per cent over about a four-year period, so people are switching to electricity and the economy’s growing,” he said.

Newfoundland and Labrador Premier Dwight Ball said while connectivity is growing with subsea cables linking Labrador with Newfoundland and Cape Breton, transmission needs to be improved so that power from the Muskrat Falls hydroelectric project can get to customers inside and outside of the region.

“We still have isolated communities that are not able to tap into clean, affordable energy,” said Ball.

He said natural resources can’t be “left stranded” when the region can create revenues by exporting energy, or using it to spur economic development in the region.

Higgs, who wants to revive the Energy East pipeline, said what’s happening to Alberta oil is an example of what can happen when opportunities to move energy are missed.

“The stranded assets in the West right now with their oil – we are paying a premium for foreign oil … so the point is, why aren’t we using our own resources at this time?” Higgs said.

Meanwhile, there was one issue two of the premiers have agreed to disagree on – Nova Scotia’s Northern Pulp mill.

MacLauchlan has written Ottawa asking for a federal environmental assessment of the mill’s plan to pump millions of litres of wastewater effluent into the Northumberland Strait.

“I still maintain that is our responsibility as a province,” said McNeil, who made assurances Nova Scotia would conduct an environmental review with the “scrutiny we believe is required.”

But MacLauchlan said he has a different view.

“I believe the best approach is that an environmental assessment be done under the federal regulation,” he said. “Simply, the Northumberland is interprovincial.”

– By Keith Doucette in Halifax