The serial entrepreneur’s art of selling a cleantech idea 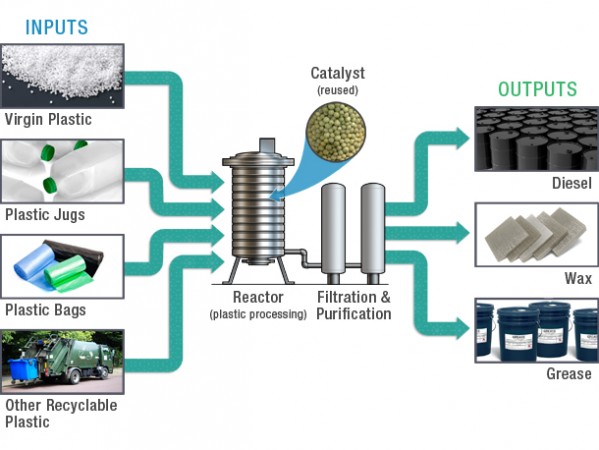 BRANTFORD, Ont.—The cleantech success story of GreenMantra Technologies can be traced back to a small family garage in India. Public wastefulness was rampant in the country, resources were lacking; people openly threw out plastic, piled it, even burned it—all a sort of “gross disrespect of waste material,” recalls Pushkar Kumar, 37, who could see that plastic waste was actually just energy in waiting.

“The desire was there,” says Kumar, GreenMantra’s affable founder, who has about three cleantech ventures on the go right now. “Solving a social problem while making business sense, that’s the way of the future,” he adds.

Armed with that desire, and with wastefulness all around him, Kumar was inspired to do far better for the planet. His time in India helped lay the framework that shaped him into the successful and somewhat serial cleantech entrepreneur he is today. 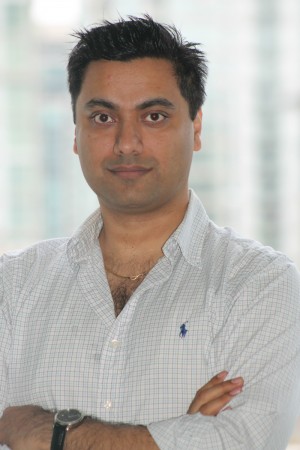 Although he’s also a metallurgical engineer, Kumar became the passion portion of the family’s cleantech vision back in India. His father, Dr. Anil Kumar, a professor and chemical engineer, became the brains. At home in the family garage, they worked on catalytic prototype technology, building a lab-scale reactor that would allow them to eventually convert recycled plastics into higher value products like wax, fuel or lubricant, the cornerstone of GreenMantra’s business. If there was an actual mantra for GreenMantra, apart from the name’s nod to India, it would likely repeat a refrain about the effective reuse of existing resources.

Heading to Canada
With the sky as the limit, Kumar set out alone, taking the family’s plastic conversion technology to Canada around 2006, after feeling out the market in India. Before he could start looking for investors, though, Kumar needed to learn the ropes of business management. He earned a Master’s Degree in business administration and finally set GreenMantra’s wheels into motion around during 2010.

As much as Kumar gets passionate about sustainability, for him, the thrill of the sell is up there as well. He has really relished the business learning process and the various stages that any new business must pass through. He also knows it takes time for established industry to change course or to adopt new innovations.

“There are great ideas all around us,” says Kumar, who also has his eyes set on a wastewater reuse project, as well as an energy storage project. “But what’s missing is how to sell the idea and commercialize it. The idea won’t sell itself. Even if you have a water stall in a desert, you have to tell people that there is a stall in that corner that can help you quench your thirst, and then you also have to tell them that you provide the best value among your competitors!”

Kumar has come to love championing new cleantech ideas. He talks with a sense of wonder about going through all the different stages of a project. He’s excited by the prospects, the unknown, and the tenuous guarantee that hard work will yield results.

“You need a plan of action. Business is about executing,” says Kumar.

The art of cross-selling
Nowadays, Kumar has been more hands-off with GreenMantra, which has a fairly new CEO in Timothy Haig, former CEO of BIOX Corporation, one of Canada’s largest biodiesel companies. Kumar is still, however, looking to scale-up GreenMantra with the hope that he can eventually help take the company public; his dream.

Inside the Brantford plant. PHOTO GreenMantra.

Kumar is beginning to focus more on cross-selling with his ongoing cleantech clients. Currently, he’s in talks with a major grocery chain, which generates plastics waste, and also generates organic waste. GreenMantra can tackle the plastic waste, while one of Kumar’s other upstarts can tackle the organic waste, which he uses for a better quality, balanced soil product. While most composted soil has odd acidity values, Kumar’s unnamed upstart neutralizes those values.

“Usually large corporations like our customers have similar needs at a high level, such as making their business more green-conscious while cutting costs,” says Kumar. “So if they understand the value we bring with one particular solution, and if it’s the right solution for them, then cross-selling another solution and leveraging existing relationships is a lot easier.”

From the ground up
After several initial rejections, Kumar’s first pitch meeting for GreenMantra was to a businessman who said it had been a tough week and needed a laugh, so why not hear about this plastic-to-wax technology concept, recalls Kumar.

But nobody’s laughing anymore. Wax is a $3.5-billion plus industry in North America, and sustainably converting plastic to wax is creating environmentally-friendly versions of products like gum, lipstick, roads, shingles, tires, wood products, polishes and computer printers, to name just a handful. Roads, in particular, have brought success for GreenMantra, following a deal with the City of Vancouver to use the proprietary wax in a cutting-edge asphalt mix. The Mantra mix can be heated at temperatures some 40°C lower than traditional asphalt, cutting greenhouse gas production by as much as 50 per cent.

Building a winning idea
Kumar’s plant in Brantford, Ont., processes hundreds of tonnes of plastic waste per year and approaches 100 per cent conversion levels, higher than most competitor companies. While wax is typically produced by oil refineries, the rising price of oil has resulted in a lower supply of wax and a rise in product price. Kumar says GreenMantra’s conversion potential can be as much as 50 per cent cheaper than conventional wax manufacturing.

Angel investors winged GreenMantra out of the starting gate. From there, the company secured $500,000 from the Investment Accelerator Fund and $1 million from the MaRS Cleantech Fund. Later, in 2014, the company would receive $2 million from Sustainable Development Technology Canada’s SD Tech Fund.

“The key is to keep taking the ideas to people who are in the business of financing ideas or businesses, as you need to find funds to make your idea a reality,” says Kumar, who lives in Toronto with his wife and two young children. “Usually these folks are swarmed, so you need to be convincing and persistent, and of-course, since they are ultra-busy, they will not be scouting for you, but you have to show yourself to them!”

So, why doesn’t Kumar focus on just a single cleantech project?

“Life is short, and it’s very enjoyable what I do,” he responds.