Both companies report that their strategic partnership is a beneficial arrangement supporting the Canadian manufacturing landscape and economy. 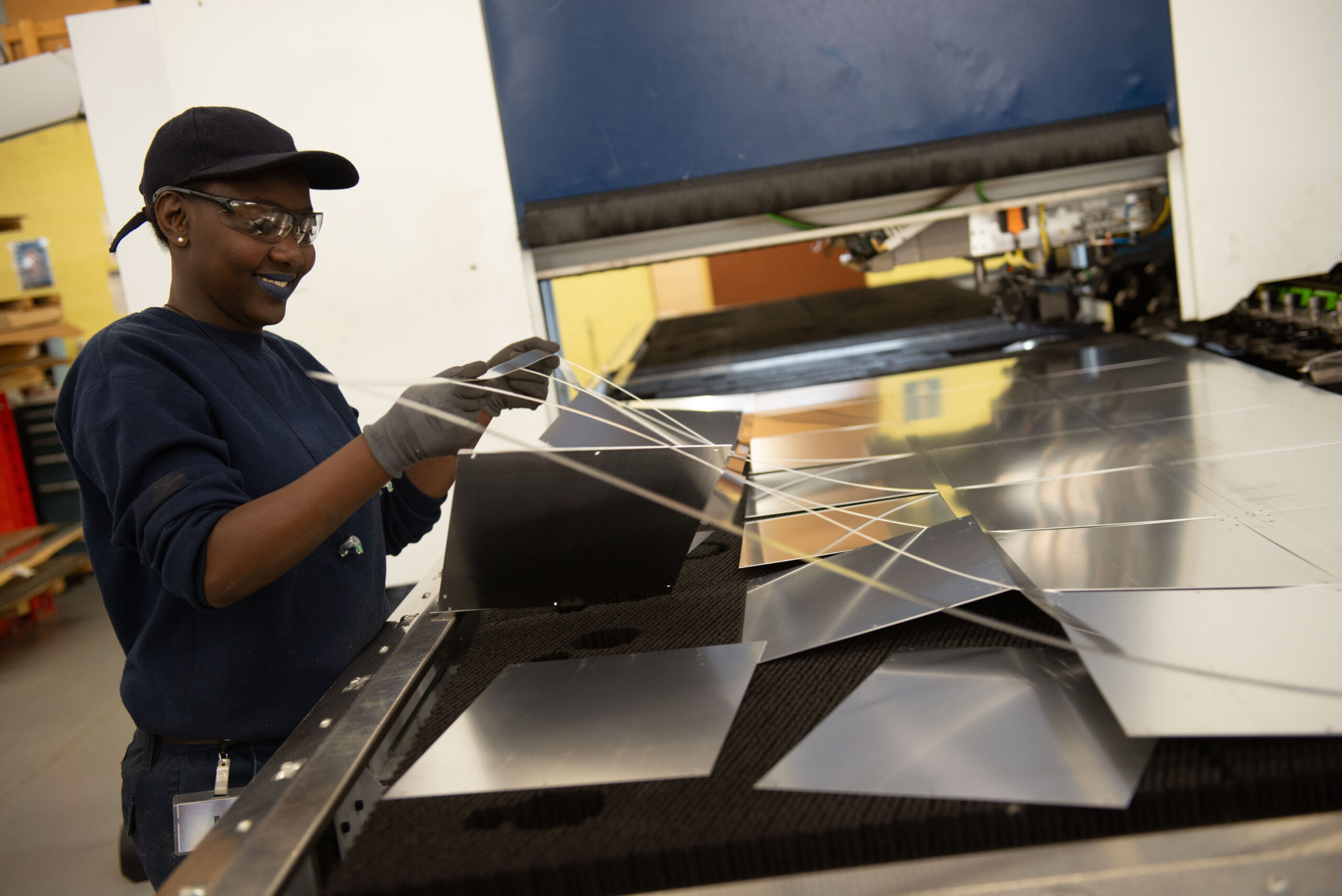 TORONTO and MONTREAL — Tripar Inc., a family-owned Montreal based metal fabrication & stamping manufacturer, and Aria Vent, also a family-owned Toronto based discreet vent company, announce that they have together forged a unique strategic relationship.

This all started when Lauren Sevack, Director of Administration (and granddaughter of founder Ben Sevack) was having her house completely renovated. Her contractor told her he would not be installing regular floor vents, but rather “sexy vents” instead; his true words. Lauren obliged without knowing quite what he was referring to. Upon seeing these discreet floor openings/vents installed, she could in fact agree, they were sexy and complemented the style of her home perfectly. How often could you say a thing as secondary as a vent added to the sleekness or stylishness of your home? She had to know more about these vents. Checking in with her contractor she found the name and a quick Google search later revealed “Aria Vent” was proudly “Made in Canada”. She also found out in this search that they were located in Toronto, and a father daughter team, much like Tripar with her father and President, Lloyd Sevack. There was too much lining up not to open up a discovery dialogue, if only to laugh at the series of events that led her to do so.

Lauren decided to send them both a message on LinkedIn and to her surprise, Paolo Mantenuto, Aria Founder & President, simply replied, “call me”. Common discoveries in the ensuing conversation revealed that both Fathers are engineers, both have a family of 3 children, each with one daughter involved in the business, and the timing could not have been more perfect because Aria was in scale up mode, looking for manufacturing support close to home; and the rest was history.

Since starting work together, Aria has shared current designs and samples of their parts. This permitted Tripar to conduct a full engineering review, to refine the designs for manufacturability for either Metal stamping or CNC Fabrication, in order to meet Aria’s growing demand. Where possible, Tripar proposed components that could benefit from an investment in tooling, in this case several progressive dies to permit some parts to be made via metal stamping instead of CNC, which not only reduced cost of the piece price but time as well. Tripar routinely supports Aria’s product development, and Aria says they are both supportive and cooperative of these ideas, seeing every opportunity as a partnership. Offering the duality of stamping and CNC has allowed Aria to reportedly maximize efficiency and reduce cost on their high-volume items by investing in tooling, while also benefiting from CNC and engineering capabilities for prototypes, samples for newer parts, and lower volume products. These efficiencies have allowed Aria to maintain their manufacturing in Canada.

Aria benefits from Tripar’s engineering, metal stamping & metal fabrication, offering a secure and robust supply chain for many of their models, and Tripar benefits from Aria with sales, that brings with it the hiring of more local staff and suppliers.

Both companies report that their strategic partnership is a beneficial arrangement supporting the Canadian manufacturing landscape and economy.