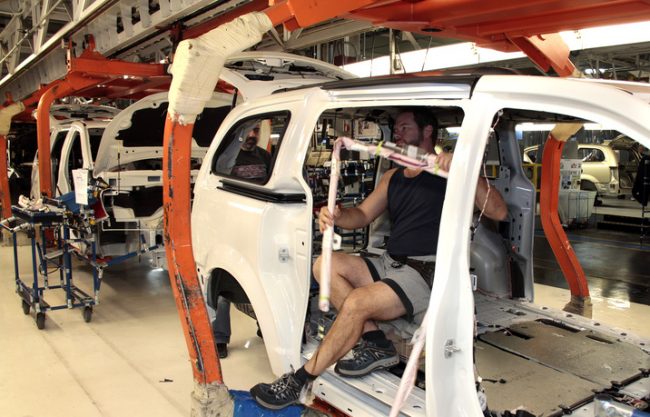 WOODSTOCK, Ont.—ArcelorMittal’s tailored blanks plant in Woodstock, Ont. is getting a major boost from the federal government’s economic development fund for Ontario.

Looking to jump-start advanced manufacturing in the province, FedDev Ontario has announced it will invest $12.7 million in ArcelorMittal Tailored Blanks Americas Ltd. (AMTB). The auto parts company, which operates a 93,000 square-foot facility in Woodstock, will use the funds to adopt robotic laser-welding technology capable of producing lighter and stronger tailored blanks for vehicles.

The development agency said the funding will strengthen the province’s auto supply chain while improving vehicle fuel efficiency through lightweighting.

Todd Baker, president of the global steel firm’s Tailored Blanks wing, said the investment is a major win for the company.

Having already locked in numerous orders for the new products, AMTB will supply Chrysler Canada’s assembly plant in Windsor, as well as export parts to the U.S. for Honda.