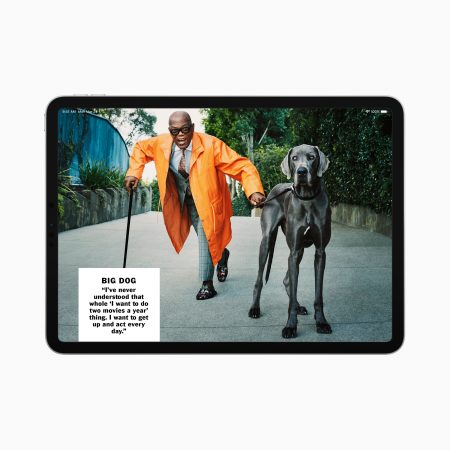 PHOTO: A new subscription service brings together over 300 popular magazines, leading newspapers and digital publishers into a convenient and curated experience within the Apple News app/Apple Inc.

“There are several reasons why we’re doing this,” Bob Hepburn, a spokesman for the Toronto Star, said in a phone interview.

“First of all, we’re going to be paid for the content that appears on Apple News+ unlike (with) the other tech giants that use our content without paying.”

“Second of all, this complements our push to build a recurring revenue business which, in print publications, is critical.”

“And the third reason is: our content will be available to millions and millions of new readers who don’t normally see our content,” Hepburn said.

The arrival of Apple’s subscription news service comes as most traditional media organizations, particularly print publications, are struggling with a loss of advertising revenue that has largely gone to Facebook, Google and their affiliates.

For its part, Apple Inc. is looking for ways to offset declining sales of its hardware – such as the iPhone smartphone – by adding a range of services that work with its various products, including the subscriber version of its Apple News.

Apple vice-president Roger Rosner said in a webcast from Cupertino, Calif., that Apple’s news service is different from others because it uses the “on-device intelligence” to help select what’s presented to its users.

“That means we don’t know what you read and, in addition to that, we don’t allow advertisers to track you,” Rosner said.

The Apple News+ subscription service will primarily include American content from magazines such as Vogue, People, Sports Illustrated, Wired, and The Wall Street Journal financial newspaper.

Canadian content will include The Hockey News, published by Roustan Media, as well as some of the consumer magazine and digital titles being sold by Rogers Media to St. Joseph Communication, including Chatelaine and Maclean’s.

“Being a part of Apple News will allow La Presse to continue its mission of producing quality journalism, accessible to everyone,” Pierre-Elliott Levasseur, president of La Presse, said in a statement.

The Apple News+ service will require an update of the operating systems to iOS 12.2 for iPhone and iPad mobile devices or to macOS 10.14.4 for Apple laptops, which began to be disseminated Monday.

Apple Canada says the subscription news service will cost $12.99 a month, after a free preview month.

Hepburn said he couldn’t discuss the Star’s agreement with Apple, which also didn’t disclose details of its agreements.

However, he said some of the material available from the Toronto Star‘s own digital subscriptions, including articles from iPolitics and The Canadian Press, won’t be included with Apple News.