Scheer's replacement will be elected by party members later this month 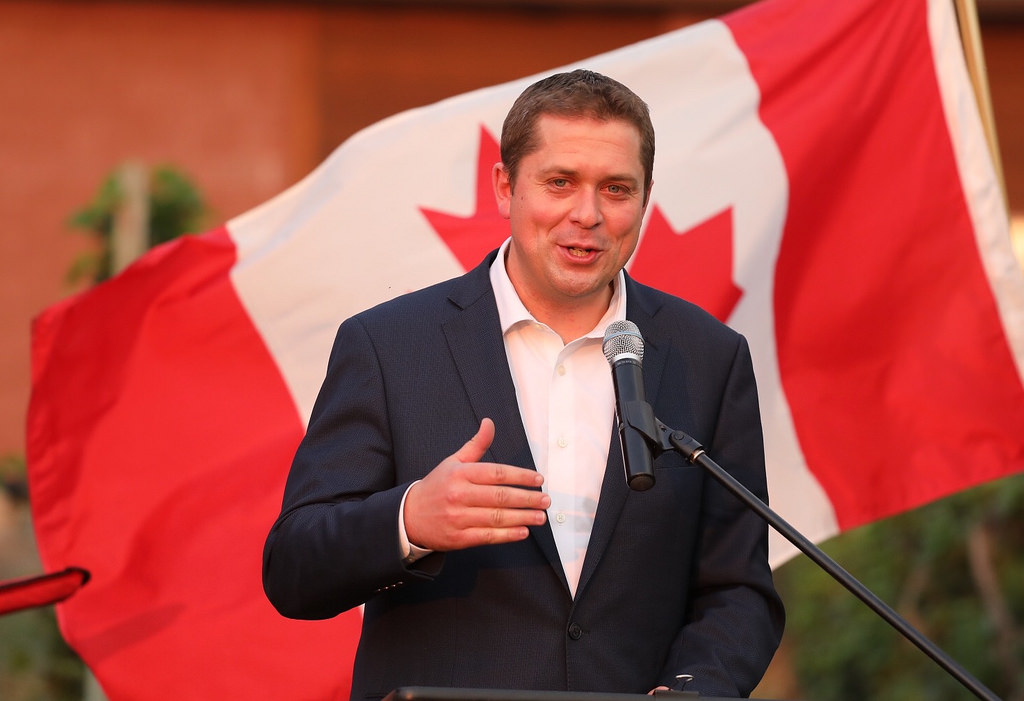 OTTAWA — Conservative leader Andrew Scheer rose Aug. 12 in the House of Commons for what’s likely his last time as Opposition leader and told the MPs dotted throughout the chamber he had a sense of deja vu.

“It looks like my last question period as leader of the Conservative party is just like my first: warm, sunny and the prime minister nowhere to be found,” he said.

Indeed, Prime Minister Justin Trudeau was on holiday Aug. 12 for the rare summer sitting of the Commons; the next will come after Scheer’s replacement has been elected by party members later this month.

That Parliament continued, albeit in a modified form, in the midst of a pandemic is one of Scheer’s accomplishments in his three years as only the second permanent leader of the party.

He had hoped unseating the majority Liberal government would be an accomplishment as well, but his failure to do so last fall led to his eventual resignation, pending the election of his successor.

Ontario MP Michael Barrett, one of the few MPs to publicly back Scheer during the heated public and private internal party fight after the election, paid him a quick tribute Aug. 12 in the Commons.

“This place is better for his service as leader,” Barrett said.

Commons sittings, committee hearings and the chance to propose improvements to government programs all came from the Opposition’s push for more accountability from the Liberals as they rolled out their COVID-19 response, Scheer had noted during a final news conference this week.

While the Liberals haven’t taken the Tories up on all their ideas, they did agree to some, he said.

“We haven’t missed a beat, we’ve been right there,” he said.

It is perhaps fitting for Scheer that he counts among his legacies the fight to ensure Parliament pushed on.

It was after the Tories lost government in 2015, and the subsequent resignation of then-leader Stephen Harper, that Scheer decided to go for the leadership job.

He won in 2017, eking out a very narrow victory over fellow MP Maxime Bernier.

He spent the next two years trying to gain recognition across the country, while shoring up the party’s war chest and policy playbook in order to defeat the Liberal government in the Oct. 2019 election.

“We ended up seeing a bit of a division, a potential division after the last leadership,” said Alberta MP Matt Jeneroux.

Though the Liberals had been struggling with several scandals ahead of the election, Scheer failed to bring the government down outright, instead holding them to a minority.

The failure was linked in part to Scheer’s personal inability to clearly articulate his position on social conservative issues.

There were also factors that ate away at his credibility — a claim to being an insurance salesman when he never completed the licensing requirements and not disclosing he was a dual American-Canadian citizen.

Some, including Scheer, argued that increasing the Conservatives’ seat count and besting the Liberals’ share of the popular vote was a success.

But the knives came out for Scheer almost immediately after election day.

Among the jabs: party insiders leaked an internal argument over Scheer using party funds to pay for his kids’ private religious schooling, a fact unknown to many of the party’s executives.

Alberta MP Shannon Stubbs said Aug. 12 she didn’t like the way it was all handled, and Scheer deserved better.

“I don’t think he needed to resign,” she said.

Four candidates are in the running to replace him.

Candidates Erin O’Toole and Derek Sloan are both MPs, so could easily slide into the Opposition leader’s seat — and the official residence of Stornoway — if they win.

Neither of the other two, Peter MacKay and Leslyn Lewis, currently holds a seat in the Commons.

Should either of them win, they would likely appoint someone to lead the party in the Commons until they could win their own spot.

While a by-election is looming in the riding of York Centre, thanks to the resignation of the Liberal MP there, neither Lewis nor MacKay’s campaigns have committed to having their candidate run for that seat.

Whomever wins, Scheer has set them up for success, said Chris Warkentin, an Alberta MP who was one of Scheer’s earliest backers for leadership.

“Those of us who are close to Andrew know of his love and passion for his family, our country and our Conservative team,” Warkentin said.

“Our party is united, his family is intact and he will continue to fight to build a better country. That’s a legacy of leadership he can be proud of.”