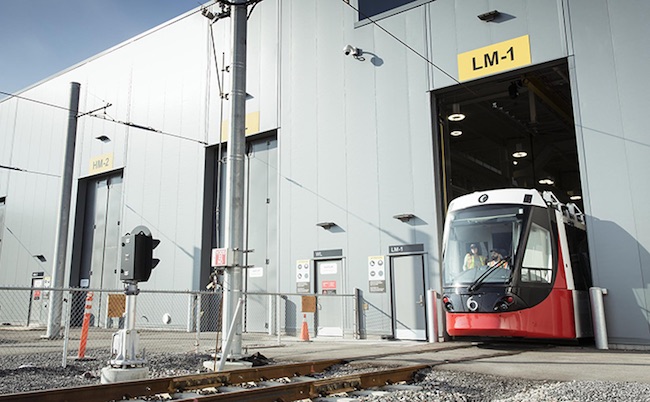 The company Citadis Spirit rail cars have already proved themselves in Ontario; they are currently in use on Ottawa’s light rail system. PHOTO: Alstom

The company, which last year took over part of a light rail vehicle contract originally won by Bombardier, held an official groundbreaking at the new Brampton, Ont. plant April 10.

The facility will build Citadis Spirit rail cars destined for the Finch West and Hurontario light rail transit projects in Toronto, Brampton and Mississauga. Ontario transit agency Metrolinx has placed initial orders for 61 of the rail cars. The 48-metre vehicles have already been put through their paces in Ontario and are in service on the O-Train Confederation Line in Ottawa.

The new plant is expected to create up to 120 new manufacturing jobs in Brampton, as well as up to 500 spin-off jobs at the facility’s suppliers. It’s Alstom’s second industrial site in the province—the other being in the Ottawa area.

Alstom did not reveal how much it will invest in the new plant, but gave its reassurances that the light rail cars will be delivered on schedule. Metrolinx has continually sparred with competitor Bombardier over the past several years over late deliveries. The spat ultimately led the transit agency to hand part of the Montreal-based company’s vehicle order to Alstom in a contract worth $528 million.

Deliveries are expected to begin in the early 2020s.