Airpura's contest saw 1,725 nominations across Canada and the United States for the chance to win an air purifier. 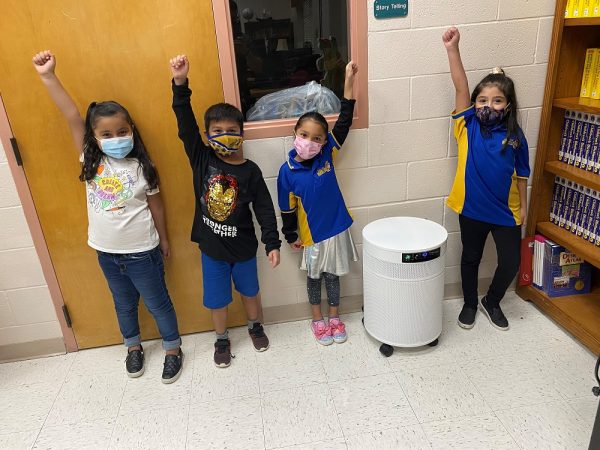 LAVAL — Research has shown that COVID-19 is primarily spread through airborne transmission. To stem the spread of the disease, the CDC has recommended the use of portable HEPA air purifiers, particularly in schools.

Airpura, an air purifier manufacturer, wanted to help in the fight and launched a back-to-school contest asking the public to nominate a school they felt deserved to win air purifiers for all of the school’s classrooms.

More than 1,725 nominations were received from across Canada and the United States.

Cloverdale Traditional School of Surrey, British Columbia was named the winner of the contest and won 20 HEPA air purifiers for their school. They received the greatest number of votes from the community to help them win. The contest ended on Sept. 27, 2021, and the winners were announced on Sept. 30, 2021.

“Our students, parents, and teachers are so thankful for the air purifiers. Especially during these tough times when health precautions are at a premium, our students and their parents are so happy that we can provide them cleaner air to breathe.” said Isaias Vidal, Principal of Wilbur E. Lucas Elementary School, winner of the second prize.

Airpura is a company that has been involved in pathogen control over the past two decades. SARS-CoV-2 is the fifth pathogen that Airpura has addressed with their air filtration systems. Throughout the pandemic, Airpura air purifiers have been deployed in the fight against COVID-19 in hospitals, schools, dental clinics and workplaces across the world.