Aimed at China, Trump’s tariffs are hitting closer to home

In states and counties Trump carried in the 2016 election, his steel and aluminium tariffs and retaliatory Chinese measures are causing economic anxiety 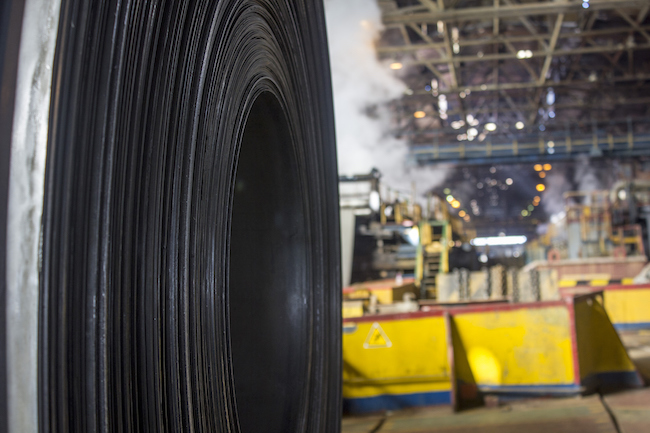 While American steel producers stand to benefit from Trump’s tariffs, manufacturers that use steel in production are lining up for waivers from the U.S. Commerce Department. Firms that don’t receive waivers could experience severe financial difficulties. PHOTO: Getty Images

WASHINGTON—President Donald Trump’s escalating dispute with China over trade and technology is threatening jobs and profits in working-class communities where his “America First” agenda hit home.

The Commerce Department has received more than 2,400 applications from companies seeking waivers from the administration’s tariffs on steel and aluminum imports, which may result in duty payments of millions of dollars for larger businesses. The department has begun posting the requests online for public comment; several of the applications released so far suggest deep misgivings with Trump’s protectionist strategy, especially in areas where he won strong support during the 2016 election.

The tariffs are aimed primarily at China for flooding the global market with cheap steel and aluminum. But they’ve also led to confusion and uncertainty, according to Associated Press interviews and a review of records. In Oklahoma, Texas and Wisconsin, for example, businesses operating in the furniture, energy and food sectors have outlined the financial difficulties they’d face if they’re not excused from the steel tariff.

In Okmulgee, Oklahoma, dozens of jobs hang in the balance as office furniture giant Steelcase waits to hear back from the Commerce Department.

A Steelcase subsidiary, PolyVision, operates a plant in Okmulgee that uses a special type of steel from Japan to manufacture a durable glass-like surface for whiteboards and architectural purposes. PolyVision “cannot and will not be able to procure” from U.S. companies the cold-rolled steel it requires “in a sufficient and reasonably available amount or of a satisfactory quality,” Steelcase said.

Trump won most of the votes cast for president in Okmulgee County. Without a waiver, Steelcase warned, the “economic viability of PolyVision (and) the small town of Okmulgee” would be jeopardized.

The waiver request also indicates that a $15 million plant expansion may be at risk. Steelcase and PolyVision are on the verge of making the investment, which would create new construction and manufacturing jobs, according to the request.

Roger Ballenger, Okmulgee’s city manager, said he and other local officials are “very concerned about the situation with PolyVision.”

The tariffs—25 per cent on imported steel and 10 per cent on imported aluminum—are designed to protect and rebuild the U.S. companies that manufacture the metals. The U.S. temporarily exempted several major trading partners, including the European Union, Mexico and Canada.

China, which was left on the target list, retaliated by imposing tariffs on $3 billion in U.S. products, including apples, pork and ginseng.

Trump responded by adding more protectionist measures as punishment for Chinese theft of U.S. intellectual property. And Beijing punched back by proposing tariffs on $50 billion in U.S. products including small aircraft and soybeans—a direct threat to rural areas that were key to Trump’s victory.

John Hritz, CEO of JSW Steel USA in Baytown, Texas, said his company is in lockstep with Trump’s approach. “We’re in favour of growing the steel industry in this country,” Hritz said. JSW Steel, owned by Indian conglomerate JSW Group, is embarking on a $500 million overhaul of the plant that it says will create hundreds of jobs.

The growth would be welcomed in Baytown, where unemployment is 9.8 per cent, more than double the national rate. Baytown is located partly in Harris County, which Democrat Hillary Clinton won, and partly in Chambers County, which Trump handily won.

The future is much murkier for another Baytown steel business, Borusan Mannesmann Pipe. Without a waiver, Borusan may face tariffs of $25 million to $30 million annually if it imports steel tubing and casing from its parent company in Turkey, according to information the company provided to the AP.

Borusan said the Baytown production line would no longer be competitive and “jobs would be threatened” if it cannot import 135,000 metric tons of steel annually over the next two years. The pipes Borusan produces are used primarily as casing for oil and natural gas wells.

But if Commerce says yes, Borusan will be able to unlock a $25 million investment in the Baytown facility as it seeks to become a “100 per cent domestic supplier,” according to the waiver request. An additional $50 million expansion in pipe fabrication capacity would follow, the company said, leading to as many as 170 new jobs.

Seneca Foods Corporation, the nation’s largest vegetable canner, said in its waiver application that it’s unclear, at best, if U.S. suppliers have the ability or willingness to expand their production in the long term to meet the company’s annual demand for tinplated steel.

But “clearly they cannot meet demand in the short term,” Seneca told Commerce officials. That means Seneca has to buy a portion of what it needs from overseas.

A person with knowledge of Seneca’s situation said the company would face a $2.25 million duty if the Commerce Department doesn’t approve its waiver request for 11,000 metric tons of tinplate it already agreed to purchase from China. The material is to be delivered this year and next, according to the waiver request. The person was not authorized to speak publicly and spoke to the AP on condition of anonymity.

Seneca said it employs more than 400 people at can-making facilities in Wisconsin and Idaho and near its headquarters in New York’s Wayne County, where Trump bested Clinton. The company doesn’t warn layoffs are imminent if the waiver isn’t approved. Instead, the tariffs would likely come out of Seneca’s bottom line, the person said.