The Company expects that having the ability to do extraction research and development into psychedelic compounds will prepare it to collaborate with partners. 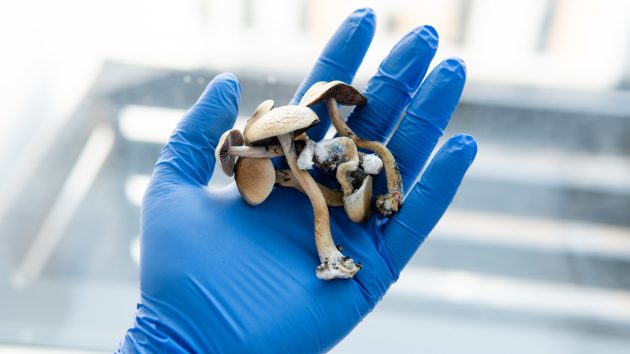 A Dealer’s License would permit Adastra to perform the following activities:

Known for its renowned cannabis concentrate products, Adastra has now successfully taken the first steps to become a licensed cultivator, tester, extractor, and seller of controlled substances, including Psilocybin, Psilocin, MDMA, N, N-Dimethyltryptamine (DMT), 5-MeO-DMT, and LSD . When the Dealer’s license is formally approved, Adastra Labs expects to conduct the majority of this work out of its 13,500 square foot production facility located in Langley, BC.

“Adastra Labs’ laboratory is perfectly positioned to conduct groundbreaking research into psychedelic formulations and testing due to the existing GMP-compliant construction, security and our proven track record operating in the cannabis sector,” said Donald Dinsmore, COO, Corporate Secretary and a director of the Company. “With this infrastructure in place, securing a Controlled Drugs and Substances Dealer’s License a logical next step for the Company. Putting quality first throughout, our processes will allow us to serve the emerging medical market for these substances.”

The Company expects that having the ability to do extraction research and development into psychedelic compounds will prepare it to collaborate with partners such as medical doctors, pharmaceutical companies, and pharmacies as clinical trials lead to the legalization of psychedelics and the advancement of micro-dosing in the near future.

“Ongoing research into compounds like Psilocybin has demonstrated that there may be significant positive impacts when psychedelics are used to treat mental health issues such as PTSD, anxiety, depression, and even migraines,” said Michael Forbes, CEO and a director of Adastra. “With our team’s extensive background in plant biochemistry, pharmacology, and chemistry, as well as clear indications of changing societal and regulatory environments regarding psychedelic treatments for mental health issues, it is clear that Adastra is well-suited to enter into the psychedelic space.”