A motivated buyer: the power of a supportive CEO in the fight for sustainability

Ernie Lynch has steered his traditional Ont. manufacturing firm into a leadership role in the battle to halt climate change 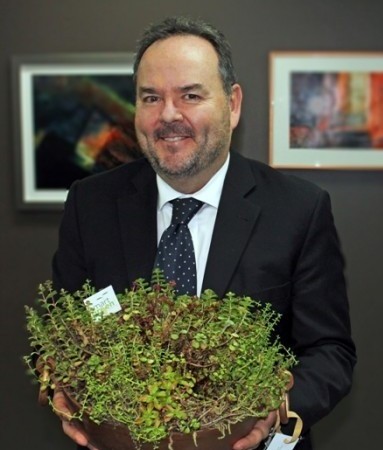 Ernie Lynch with a planter full of sedum that will cover the company’s new green roof this spring, improving the facility’s insulation and absorbing rainwater. PHOTO: Ivana Skobo/Lynch

MISSISSAUGA, Ont.—There will always be outliers, and Ernie Lynch, the president and CEO of the Lynch Group of Companies, is one of them.

An Ontario success story, the Lynch Group manufactures hydraulic and electronic components. But despite being a manufacturer in what most would consider a traditional industry, Lynch has taken major steps toward integrating green and clean technologies into its facilities, and has plans drawn up to take its upgrades even further.

“We can’t run an economy on pulling coal out of the ground—or oil of the ground—and just burning it, that’s not sustainable,” Ernie Lynch, who has steered the company through almost three decades of booms and busts, said. “Once we grasp it and move forward with it, the economy will grow and there are tons of jobs.”

Among the on-site upgrades Lynch has already invested in at the company’s headquarters and manufacturing facilities in Mississauga, Ont. are a 30,000 square-foot vegetated green roof and a hydroponic tower garden. The company has skylights in its production areas and is also planning to upgrade to LED lighting paired with a solar array to illuminate its manufacturing facilities.

Lynch’s other solar ambitions include an EV-charging solar car port and a solar panel-covered walkway between two of the company’s buildings. The manufacturer is also in the preliminary stages of pricing out a potential wind turbine and installing a solar hot water-heating system it would use for the facility’s parts washers. 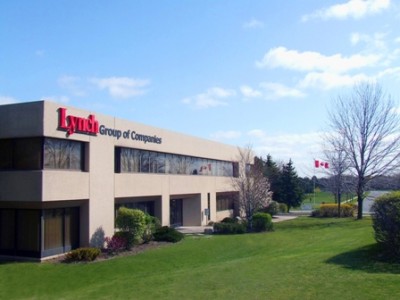 The Lynch Group’s headquarters in Mississauga, Ont. The traditional manufacturing company has launched a number of initiatives from installing a green roof to offering employees incentives for living more sustainably. PHOTO: Lynch

“I think [corporate social responsibility] is extremely important,” Lynch said. “It’s important to set as an example—not just other businesses—but for employees as well. That attitude goes home, goes to kids and relatives and spouses, and everybody starts to think more along the lines of conservation and doing things in a green way.”

With this attitude in mind, Lynch offers a range of incentives to its employees for taking decisive action toward living more sustainably. Among others, Lynch provides cash incentives for employees who buy hybrid or electric vehicles as well as incentives for workers who move closer to the office.

“If someone feels that they are working for a company that has taken corporate social responsibility either to the next level or takes is seriously, there’s a certain amount of pride that you can’t put a dollar value on, but certainly, it’s a pride in ownership or pride in being part of a company that is forward-thinking or environmentally conscious.”

Though Lynch admits he likely sees some windfall from the many upgrades and incentives he offers—be it financial, or in the form of corporate loyalty—he says he would have taken those steps even if he knew he would never earn a nickel of the investments back. 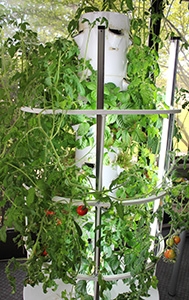 The tower garden at Lynch headquarters. The company is mulling plans to build up to five more to produce more in-house fresh food. PHOTO: Ivana Skobo/Lynch

“I could care less about the economic part of it,” he said. “There’s definitely a gain—I mean it costs less to air condition if we have a green roof and it keeps heat in, but I don’t care as much about that as I do about the [environmental aspects].”

Executives focused on clean technology and sustainability, such as Lynch, demonstrate that while the bottom line still reigns supreme in most cases, there is room for business leaders to take action and exercise corporate social responsibility by adopting environmental technologies.

Lynch hopes his example will encourage his employees as well as other companies to do what they can for the environment.

“Walk the talk,” he said. “You’re giving them an example to go by.”