The manufacturing industry is well represented in the list of Canadian companies named to the Cleantech 100. 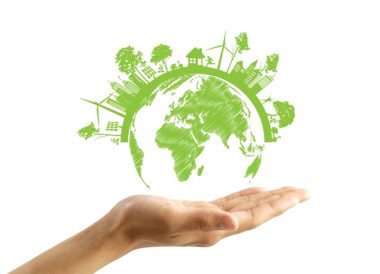 On Jan. 13, the Cleantech Group released its 2022 report on the Global Cleantech 100, a list of 100 companies making strides in reducing greenhouse gas emissions for a climate-friendly future, while remaining a competitive business.

The list included 13 Canadian companies in a variety of industries:

A developer of processes for the production of industrial scale hydrogen, clean power and pure C02.

This Vancouver-based company uses methane pyrolysis to produce hydrogen at the industrial level. This method turns methane into hydrogen and solid carbon which eliminates CO2 emissions from the process.

Their technology uses zinc metal to carry energy. According to company zinc is a cost-efficient metal. The zinc metal is detached from the electrodes. This means that storage costs are lowered as the metal is stored independently unlike rechargeable batteries. The same electromechanical cell as the discharging and charging electrodes serve as the storage space.

This company regularly publishes its research in scientific journals which can be accessed through the company’s site. According to General Fusion, 1 kg of its fuel can power 10,000 homes in one year. The oil industry can power the same amount of homes with 55,000 barrels of oil or 6 million kg of gas according their research.

This company’s technology tries to help other companies improve the recyclability of their products as well as eliminate toxic components while keeping costs down. They have R&D and manufacturing facilities based in Vancouver, Canada.

A developer of real-time control and optimization solutions for generation, storage and electric vehicle resources.

Its process involves collecting slag from steel factories to replace cement as the binding ingredient in products. CarbiCrete’s technology injects CO2 into fresh concrete which helps hold it together.

Developer of technologies for the capture of CO2 from the atmosphere at industrial scale.

The company’s technology pulls in atmospheric air and extracts CO2 through chemical reactions before releasing CO2 free air back into the environment.

Developer of a permanent carbon removal technology from concrete production.

The company’s concrete traps CO2. This product can be retrofitted into existing concrete plants as users can mix it into fresh concrete during the mixing process. The company said it is its mission to reduce CO2 emissions by 500 million annually by 2030.

Provider of a satellite-based remote sensing technology for detection of greenhouse gas emissions from industrial facilities.

The company uses this technology to generate emissions data that other businesses, governments can use to shape their environmental strategies.

Developer of sensor technology to bring operational efficiency to the mining industry.

This company’s signature product is called ShovelSense which is used to scan the grade in material collected in every shovel or bucket which helps reduce mining waste. The company is headquartered in Vancouver, BC and their technology has been deployed around the world.

Pani says its vision is to “accelerate the world’s transition to a sustainable water supply. The company originated in university research in Western Canada. It was incorporated in 2017.

A developer of energy efficient technology for capturing CO2 from industrial sources.

Svante is named after the scientist and Novel Laureate Svante Arrhenius who is credited for being among the first scientist to mark the connection between climate change and increased carbon levels in the atmosphere. The company was founded between 2007 and 2015 by four professionals from the gas purification and separation industry.

A designer, manufacturer and marketer of technologies for the electrification and connectivity of heavy-duty vocational vehicles.

Effenco was founded in 2006 by a team of engineers. The company expanded to the US market in 2015 and later to the European market in 2018.