Resembling a glorified horse carriage, Ford's first truck premiered July 27, 1917. Just 209 were sold the first year at a factory sticker price of $600. A few things have changed since 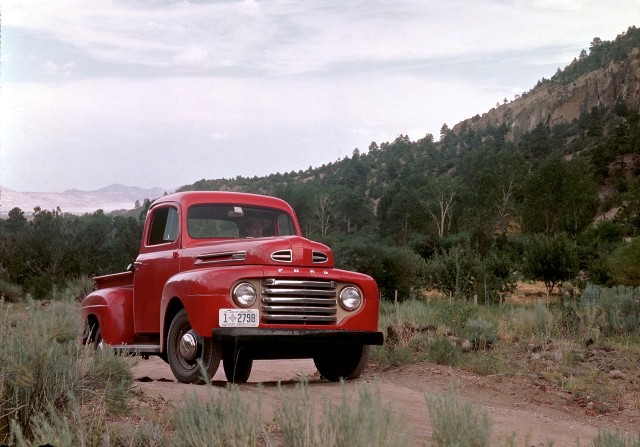 The first F-Series pickups were introduced in 1948, 30 years after Ford’s inaugural Model TT rolled off the line. PHOTO: Ford 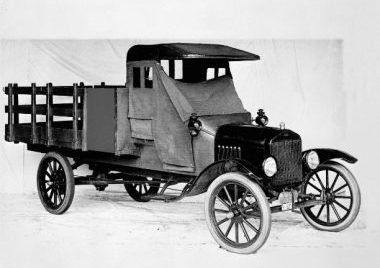 The truck shared certain similarities with the Fordson tractor, also introduced in 1917. It could accommodate third-party beds, cargo areas and other add-ons. Above all else though, it was a utilitarian beast designed to get work done.

It changed the face of the auto industry, Ford says, as well as the very nature of American work.

Ten years later, the automaker has sold well over a million of its Model TT. In 1928 it replaced the inaugural truck with the Model AA, a more capable vehicle with a 1.5-ton chassis.

“Model AA trucks in particular had a certain class to them,” he said. “Customers could use them on the farm, yet still take them to church on Sunday.”

A few years later, the AA gave way to the Ford BB, which was used for a wide range of applications, including as a mail and freight carrier, an ambulance and a stake truck. 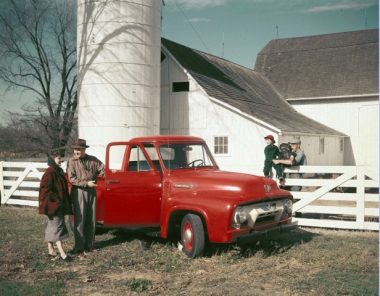 The first Ford trucks were marketed in rural areas, though that had started to change by the 1950s. PHOTO: Ford

A handful of updates led up to the Second World War and in 1948 Ford began work on what would become known as the F-Series. The first-generation F-Series included two separate classes of truck—one a half-ton, the other the much larger F-8 cab-over truck.

Ford says throughout the ’50s it was looking to shift its focus from utilitarian trucks to sportier vehicles, introducing two-tone paint, automatic transmissions and radios.

The rest is history.

In the coming decades Ford trucks would come to dominate the pickup market and in 1975, so the legend goes, a Ford copywriter penned the phrase “Built Ford Tough”—the three simple words that have become the brand’s mantra.

Today, the F-Series is among the most iconic vehicle class on the road. In the U.S., they’ve spend 40 consecutive years as the best-selling truck; in Canada, the streak stands at 51 years.