An erosion of trust in societal institutions has stoked a world view that positions the employer as the most trusted institution, according to public relations firm Edelman 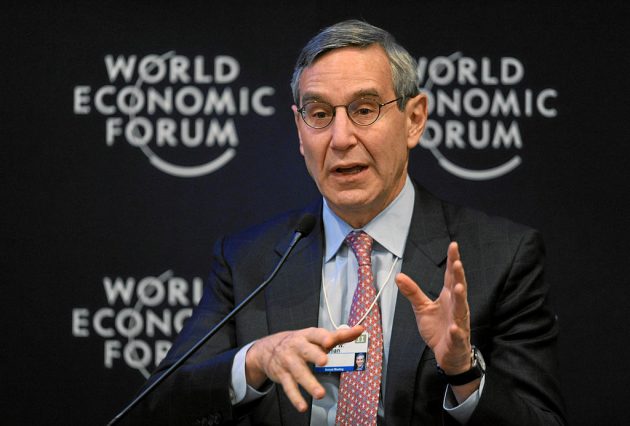 DAVOS, Switzerland – With trust in governments taking a hit since the global financial crisis, people around the world view their employer as the most trusted institution in their lives, according to a survey published Monday by public relations firm Edelman.

In an annual survey of trust in institutions that it releases on the eve of the World Economic Forum in the Swiss ski resort of Davos, the firm found that 75 per cent of respondents trusted their employer. That’s a hefty 19 percentage points more than the equivalent trust in business as a whole and 27 points more than governments.

“The past two decades have seen a progressive destruction of trust in societal institutions, a consequence of the Great Recession, fears about immigration and economic dislocation caused by globalization and automation,” said Richard Edelman, the firm’s president and CEO.

“People have low confidence that societal institutions will help them navigate a turbulent world, so they are turning to a critical relationship: their employer.”

Waning trust in public institutions in recent years has accompanied a rise in populist and nationalist politics, from the election of President Donald Trump to Britain’s vote to leave the European Union. And over the past year, the #MeToo movement has spread from Hollywood into the political and corporate worlds, while the yellow vest movement in France – initially a protest over a fuel tax – has shaken the country and caused President Emmanuel Macron to backtrack on some reforms.

The survey also found the largest ever difference in trust in public institutions between wealthier people with college educations and poorer ones without degrees. Part of the reason is that wealthier individuals could have benefited more from the stock market boom and economic growth of the past few years. The gap, of 16 percentage points overall, was highest in the U.K., at 24 points, illustrating the deep divides in the country as it prepares to leave the EU.

Edelman thinks businesses have to play a central role in restoring trust in institutions. Firms, he said, should try to have a social impact and accept they have a duty of care toward the places that they operate. He noted Microsoft’s pledge last week to invest $500 million in affordable housing in Seattle.

Edelman also urged firms to empower employees and for CEOs to speak up on social issues such as immigration and diversity.

“This is the path that business must follow to help restore trust,” he said.