Worker at Saskatchewan uranium mine attacked by wolf 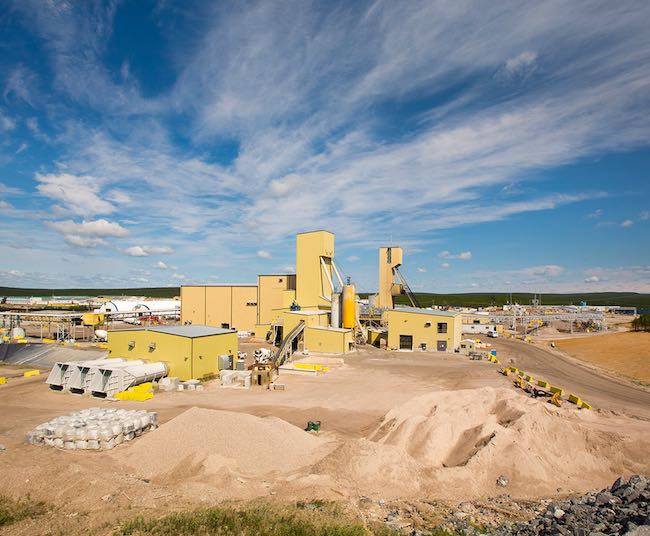 SASKATOON—A 26-year-old man is recovering in hospital after he was attacked in northern Saskatchewan by a lone wolf.

The man, a shift worker at Cameco’s Cigar Lake uranium mine, was walking between buildings shortly after midnight on Aug. 29 when the attack occurred, said Cameco spokesman Rob Gereghty.

“He is a kitchen worker, on lunch break at that time. He may have been headed back to his room.”

That’s when the wolf made what Gereghty called an “unprovoked attack.”

“A single wolf basically pounced on him. The injured contractor received immediate medical attention from a security guard who interrupted the attack and scared the lone wolf away.

“We were very fortunate the security guard was in the place where she was. She took a number of steps to not only get the animal away, but also to administer first aid.”

The worker was flown to Saskatoon where Gereghty said he is recovering and in good spirits.

The Ministry of Environment was still looking Tuesday for the wolf involved in the attack but conservation officer Kevin Harrison said three other wolves have since been shot and killed.

“They’ve been taken out of the vicinity of the mine site, however it’s suspected the wolf in the attack still remains in the area,” Harrison said.

The three animals were sent to the University of Saskatchewan for testing to determine if they were sick in any way.

In the meantime, workers at the site have been told to use vehicles to move from building to building.

Gereghty said the company takes pains to keep a clean site. All food is either buried, or burned and buried. Two fences ring the landfill.

Nevertheless, wildlife is a reality at the remote mine, about 675 kilometres north of Saskatoon.

“Bears, wolves, they are prevalent,” Gereghty said. “We do our best to work in harmony with wildlife and the environment, but occasionally interactions do take place.”

—with files from CKOM