Vale to shut down Thompson, Manitoba nickel mine, lay off 200 workers

The mining firm will suspend operations at its Birchtree Mine this fall; union leaders say the closure will hit workers in the northern Manitoba city hard 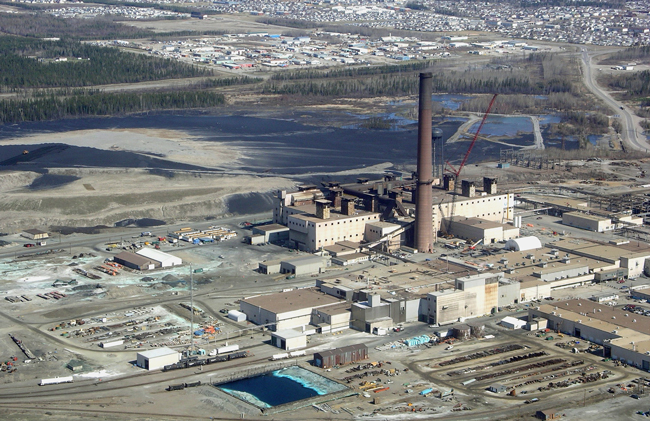 THOMPSON, Man.—Vale Canada Ltd. is planning to suspend operations at its nickel mine in Thompson, Man.

The Brazilian mining giant confirmed May 16 that it will cease producing nickel at its Birchtree Mine in northern Manitoba and shift the operation to care and maintenance starting Oct. 1.

The United Steelworkers union, which represents workers at the mine, says the closure will result 150 lost jobs.

Vale Canada confirmed that number in a news release and added that another 50 jobs in downstream processing, service and support functions will also be affected.

Vale says it will do all that it can to mitigate the number of people adversely affected.

He says workers knew nickel prices have been the lowest they’ve been in history, but were surprised to learn it was the Manitoba division of Vale’s management that made the request to put the mine into care and maintenance.

Ellsworth says the decision will be tough on families.

Mark Scott, vice-president of Manitoba operations, says the mine and its employees have been an important part of Vale’s work in the province for the last 60 years.

“The mine has been especially challenged over the past several quarters as it nears the end of its life of mine plan, and in light of the prolonged downturn in the nickel price cycle,” he says.

Ellsworth says the union is gearing up for a fight.

“The union’s position is that no contractor will be on Vale site as long as there’s members’ jobs at stake,” he says. “We have 1,100 members at Vale’s operations in Thompson. Before Vale lays off one member of the union, the contractors must be removed first.”

Ellsworth says the collective agreement is in force until Sept. 19, 2019.

—With files from CTV Winnipeg