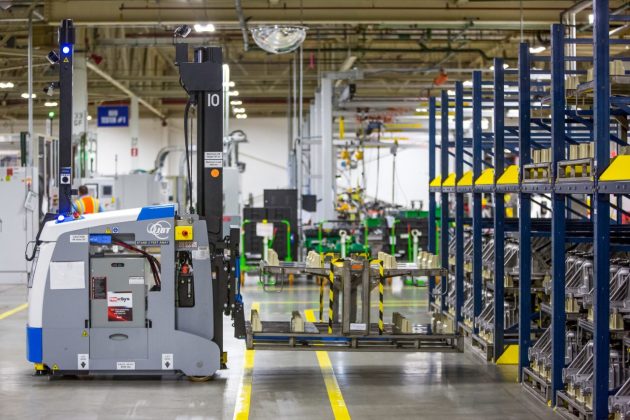 DETROIT – The United Auto Workers union is accusing General Motors of violating a national contract by using temporary workers instead of employing full-timers who were laid off from its factories.

The union filed a federal lawsuit in Cleveland alleging that GM has temporary workers at its pickup truck plant in Fort Wayne, Indiana. The lawsuit says GM has about 1,000 workers on layoff from several factories who should be working at the plant.

The UAW says its contract with GM requires it to hire the laid-off workers, including 690 at a small-car plant in Lordstown, Ohio, which is scheduled to close in March.

The legal move is another sign of acrimony between GM and the union ahead of negotiations on a new contract that will start this summer. GM’s contract with the union expires on Sept. 14.

GM wouldn’t say how many temporary workers are employed in Fort Wayne, but the company says it started the process late last year to bring in about 50 laid-off Lordstown workers. About 35 will be working in Fort Wayne by the end of January, GM said in a statement. The company said it’s talking with the union about staffing in Fort Wayne, and it declined further comment.

In November, GM announced plans to shutter five factories this year as it adjusts to lower demand for cars.

Related Stories
Judge: workers at GM plant in Ohio can continue with lawsuit against automaker, UAW over pay
GM says it has 2,700 jobs for workers slated to be laid off
Union alleges U.S. aerospace firm laid off workers based on age
Workers at Ont. auto parts firm approve first contract, union says
Manufacturing In Focus