Without mentioning anyone by name at an event in Paris on Monday morning, Trudeau suggested there are politicians who are trying to use platforms like Twitter to foster polarization and controversy in the electorate 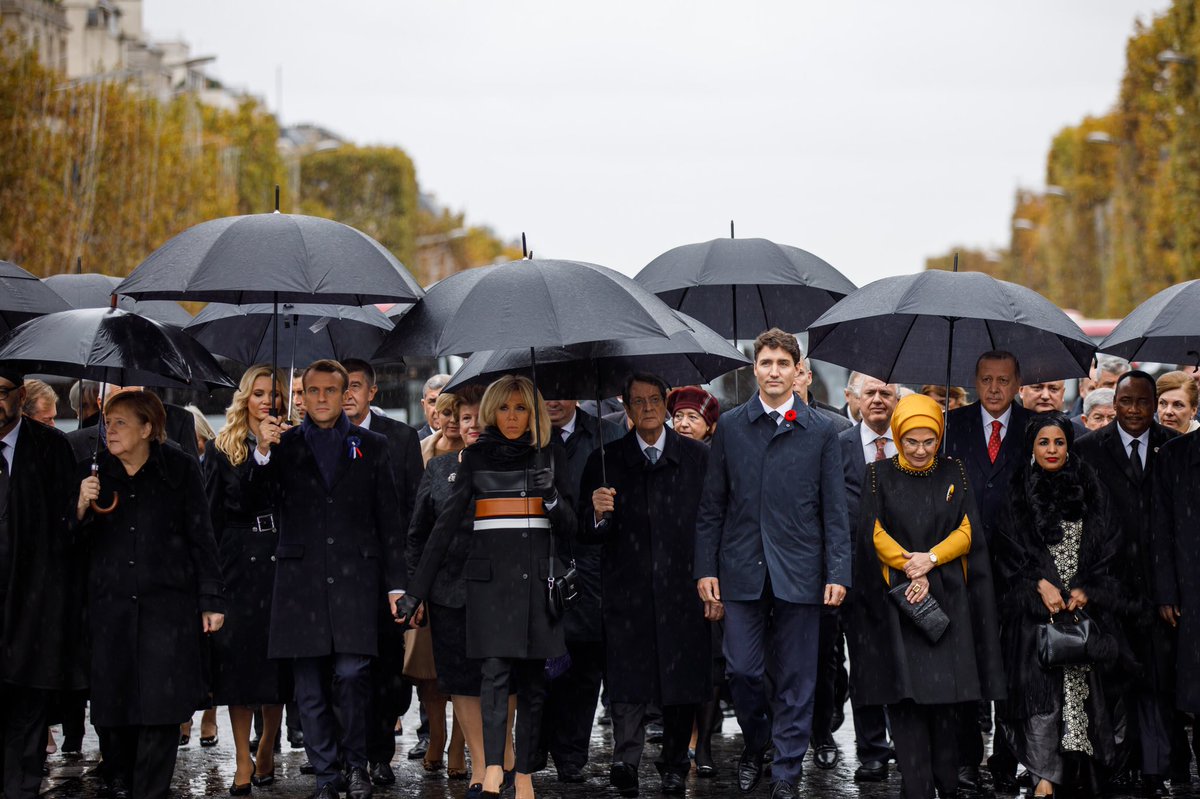 Trudeau in Paris on Sunday, marking the 100th anniversary of the end of WWI. PHOTO: Justin Trudeau/Twitter

PARIS – Politicians working to harness the power of social media to connect with voters need to figure out how to do so positively in the face of leaders using those platforms to undermine democracy, Prime Minister Justin Trudeau says.

Without mentioning anyone by name at an event in Paris on Monday morning, Trudeau suggested there are politicians who are trying to use platforms like Twitter to foster polarization and controversy in the electorate.

The medium is not without its benefits, Trudeau said, pointing to the ease of putting out a tweet of condolence or support being easier, more direct and resonating more with citizens than issuing a press statement carried by traditional media.

That same ease and directness that Trudeau said can be used to build confidence in government and democratic institutions can just as easily be used by politicians trying to “make you angry or make you divided or make you hate your neighbour” – pitting one kind of social media politician against the other.

“If it ends up in a screaming match between one side versus the other side, whoever is better at nasty is going to win,” Trudeau said at a Paris conference on the use of technology by governments.

“If we actually think about it, it’s easier to push someone into being angry – it’s harder to pull them into being positive and earnest and involved.”

The discussion was driven by U.S. President Donald Trump, who regularly uses Twitter to fire up his legions of followers and vent at his critics.

Trudeau has been a target of Trump’s irate tweeting, particularly after the G7 meeting in Charlevoix, Que., over the prime minister’s comments on trade negotiations.

The comments came one day after Trudeau and other world leaders issued dire warnings about leaders calling themselves nationalists and the problems they pose for maintaining peace and the world order built in the aftermath of the world wars.

Again, no names were mentioned, but the warnings seemed clearly aimed at Trump who has repeatedly professed his “American” nationalism.

Trudeau suggested he doesn’t call out Trump by name in any criticism in order to keep the peace with Canada’s neighbour to the south.

“One of the things that Canadians expect of me is to continue to stand up for Canadian values, for Canadian interests as I always do loudly and clearly sharing our perspectives on how to build a better world, while at the same time keeping a constructive relationship with our closest neighbour and largest trading partner – and that’s what I will continue to do,” he said.

Trudeau also took time at the conference to tout his government’s progress on digitizing the way it delivers services.

The prime minister has made the use of technology and data a priority in providing government programs to Canadians through digital channels alongside better, more up to date information to feed federal decisions.

In September, the federal government launched its new”`digital standards” to help public servants navigate their way towards what the Liberals call an “effective digital government.”

But there have been hiccups along the way.

A pilot project from Statistics Canada to scoop up anonymized and randomized banking transactions on 500,000 Canadians has faced steep criticism from opposition parties in the House of Commons.

And internal documents obtained by The Canadian Press paint a clearer picture of detailed work underway to overcome the challenges the civil service faces in meeting the Liberals’ digital goals.

Documents obtained under the Access to Information Act suggest challenges in how to handle vast amounts of disparate data, the funding needed to acquire or generate data to fill gaps, and “legal and cultural impediments to sharing and accessing data.”

The prime minister travels later Monday to Singapore for a summit organized by a 10-nation bloc that will put his government’s trade diversification plans on display.

Trudeau is on a 10-day trip across Europe and Asia that began Friday with a gathering of world leaders in France to mark a century since the end of the First World War.