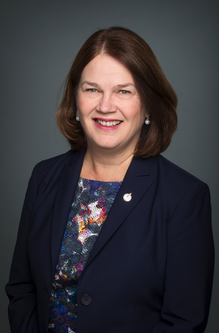 PHOTO: Dr. Jane Philpott, Member of Parliament for Markham-Stouffville, President of the Treasury Board

OTTAWA – Former cabinet minister Jane Philpott is asking the Speaker of the House of Commons to examine whether Prime Minister Justin Trudeau violated the law when he expelled her and Jody Wilson-Raybould from the Liberal caucus.

Despite new rules laid out in the Parliament of Canada Act, MPs can’t be kicked out of caucus without a vote, and yet Trudeau made a unilateral decision last week to eject her and Wilson-Raybould, Philpott declared Tuesday as she asked Speaker Geoff Regan to declare that their privileges were violated.

A set of amendments to the act, spearheaded by Conservative MP Michael Chong, was passed in 2015 in an effort to make it more difficult for MPs to be removed from caucus – part of an effort to decentralize political power on Parliament Hill and put it back in the hands of rank-and-file legislators.

Under the law, after each election the MPs of each party are supposed to vote on whether to adopt a set of rules on how one of their number can be expelled. After the last election, the new Liberal MPs voted to send the issue off for a separate discussion rather than decide either way.

If Trudeau had followed the rules spelled out in the law, it would have taken 90 Liberal MPs to vote to kick her and Wilson-Raybould out, said Philpott – and yet no such recorded vote was held before the prime minister expelled the pair on the grounds that they had lost the trust of caucus.

“We were expelled prior to the commencement of the Liberal caucus meeting,” Philpott told the Commons from her new perch among independent MPs.

“The prime minister’s words that night to the Liberal caucus are important to underscore, because expulsion should not be his decision to take unilaterally. However, the decision had been already made.”

On Parliament Hill after Philpott spoke, Trudeau agreed that “the will of caucus was very clear but I made the decision” about the expulsions.

Regan told Philpott he would consider her argument and report back to the House later.

He has already ruled on a related question involving another former Liberal, Toronto-area MP Celina Caesar-Chavannes, who quit the Liberal caucus on her own in March, however. In that ruling, the Speaker found that “asking the House to deal with the possible expulsion of a member from caucus is not a proper subject for a question of privilege” and it’s not his place to interpret the law, only the rules of the House of Commons.

Philpott argued that since she and Wilson-Raybould were expelled from the Liberal caucus, their situation is different from Caesar-Chavannes.

Wilson-Raybould believes she was moved out of the prestigious justice portfolio to Veterans Affairs in a mid-January cabinet shuffle as punishment for refusing to intervene to stop the criminal prosecution of SNC-Lavalin on bribery charges related to contracts in Libya.

She has testified that she faced relentless pressure last fall from Trudeau, his office, the top public servant and others to override the director of public prosecutions, who had decided not to invite the Montreal engineering giant to negotiate a remediation agreement, a kind of plea bargain.

Wilson-Raybould quit the cabinet in mid-February and Philpott followed a few weeks later, saying she had lost confidence in the government over its handling of the SNC-Lavalin file. But both MPs remained members of the Liberal caucus until last week.

The revelation that Wilson-Raybould had surreptitiously recorded a phone conversation with Michael Wernick, the clerk of the Privy Council, to bolster her contention of undue pressure was the last straw for Liberal MPs, who openly called on Trudeau to expel the former ministers. On April 2, Trudeau called the secret recording “unconscionable,” proof that the ex-minister could no longer be trusted.