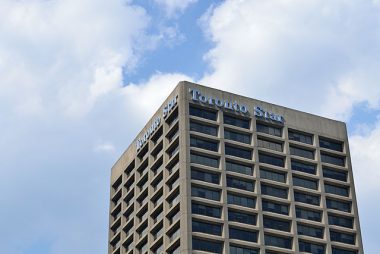 The Toronto Star stopped the presses at its Vaughan, Ont. plant in July. PHOTO: Raysonho, via Wikimedia Commons

TORONTO, Ont.—Torstar Corp. says it has signed a deal to sell the Vaughan, Ont. plant that printed The Toronto Star between 1992 and 2016.

The parent company of the daily newspaper—which is Canada’s most widely circulated—announced plans to shutter the plant in January and stopped the presses for the last time this July.

Citing high costs, the company laid off 220 full-time workers at the plant, as well as 65 part-time employees. It signed a five-year printing contract with Transcontinental Printing, which now prints the more than 100-year-old paper at another plant in the Toronto area. The move is expected to save the paper about $10 million per year in printing costs.

Torstar did not release the identity of the buyer, but said the purchase price for the buildings and land just north of Toronto was $54.2 million.