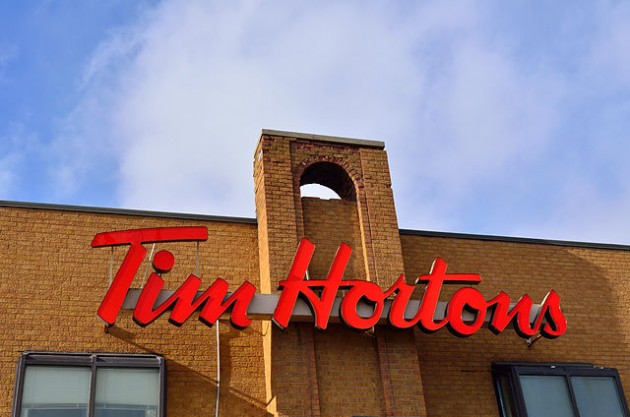 The parent company of Tim Hortons is denying a claim by a group of franchisees that the coffee pots they’re required to use have been shattering and injuring employees.

Restaurant Brands International says the claims of faulty coffee pots are yet another “false accusation” from a group of franchisees with whom the company has been embroiled in a war of words and lawsuits for more than a year.

“We continue to receive reports of shattering coffee and tea pots,” reads a letter from Peter Proszanski, a lawyer at Toronto-based Himelfarb Proszanski and the Great White North Franchisee Association’s counsel, to the head of legal at Tim Hortons dated Thursday, Aug. 30.

The letter alleges an “unprecedented” number of such incidents, including one as recently as August 29, have emerged since the association asked members to report any issues. The association is an unsanctioned franchisee group started more than a year ago to give a voice to restaurant owners concerned over alleged mismanagement. It claims to represent about half of Canada’s franchisees and also has an American chapter.

“Franchisees and their employees are currently suffering from serious injuries as a result of the shattering coffee and tea pots,” Proszanski wrote, including “burnt thighs, feet and genitals.”

The group first brought the issue to RBI more than a year ago in a letter dated July 21, 2017, according to the letter. Though RBI acknowledged the group’s concern, it failed to follow up, Proszanski wrote.

The group wants RBI to investigate the pots, which it says appear to weigh less than ones previously used, according to the letter.

It alleges the coffee and tea pots put franchisees, employees and customers at risk, and asks for permission to source the pots from another suppliers.

If the company fails to respond by September 7, Proszanski wrote the group will interpret that as consent to choose an alternate supplier.

“I can tell you with certainty that the suggestion that Tim Hortons or RBI in any way has changed the manufacturing of our coffee pots is 100 per cent false,” wrote spokeswoman Jane Almeida in an emailed statement.

The company spoke to the manufacturer, which confirmed it has not changed how it makes or sources the product in over a decade, she said. The manufacturer also informed RBI that other brands using the same pot have not reported such issues.

“We have conducted extensive quality assurance testing that has proven that the only way to consistently replicate the breakage of a glass pot is if it is used incorrectly.”

When asked if RBI is considering pursuing legal action against the association, Almeida said “it would be inappropriate to comment.”

The franchisee group “makes frequent and false accusations for the sole purpose of what we can only believe is generating media awareness for their small group,” she said in her initial statement.

The group sent the letter to RBI and one hour later to the media, she said, which “tells you everything you need to know about their sincerity in working with the company.”

Some franchisees and management have had a tense relationship since RBI took over the coffee-and-doughnut chain.

The association filed a class-action lawsuit against RBI in June 2017, alleging it improperly used money from a national advertising fund. The company denies the allegations and they have not been proven in court.

It’s one of several lawsuits between the group, which alleges mismanagement, and the company, which has expressed frustration at the association’s public besmirching of the brand.

RBI executives owned up to making mistakes in how they’ve dealt with franchisees in the past, but say they’re now committed to better communication with restaurant owners and a new “winning together” plan to improve customer experience and sales.

The company’s been working overtime to overcome some of its recent negative publicity, testing multiple initiatives. Restaurants in three Canadian cities partnered with food-delivery app Skip the Dishes to try out the system, and a kids’ menu is still in the conceptual testing phase.

Some restaurants in and around the Greater Toronto Area are trying out self-service kiosks. Diners have noticed a quirk in the system, like how it allows customers to add up to 10 eggs on a breakfast sandwich.

Tim Hortons president Alex Macedo said that option may be finessed as he’s not certain it’s even possible to serve the sandwich that way—or eat it.

It’s unlikely the company will implement the kiosks in every restaurant, he said. Locations that primarily serve customers via a drive-thru wouldn’t have much need for one, for example.

“It’s designed to reward our most valuable customers who frequent Tim Hortons multiple times a week,” he said.

The loyalty program will eventually be rolled out nationally, merged into the Tim Hortons app, and expanded to include food—not just coffee.