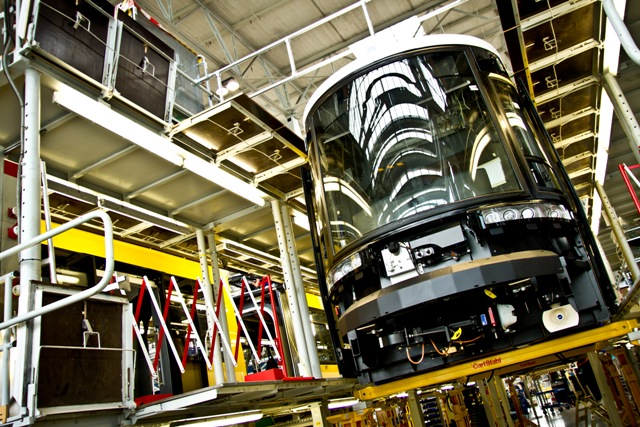 The Canadian company’s Transportation division said it is co-operating with Swedish prosecutors but it’s “premature” to comment on the outcome of the investigation or court proceedings. PHOTO: Bombardier

STOCKHOLM—A Russian employee in the Swedish offices of plane and train maker Bombardier has been detained in pretrial custody for two weeks on suspicion of aggravated bribery, a Swedish prosecutor said March 10.

Thomas Forsberg said Evgeny Pavlov, a Russian national living in Stockholm, was one of several Bombardier employees “suspected to have been colluding” with Azerbaijan railway authorities “in order to adapt a contract” to fit Bombardier.

Forsberg said Pavlov worked with Bombardier Transportation Sweden AB. On LinkedIn, Pavlov described himself as “Head of sales, Marketing and Country co-ordinator for the north region.”

Pavlov was ordered held in pretrial custody to prevent him from fleeing or tampering with evidence. Two others were briefly detained during the week but were released, Forsberg told The Associated Press. Both remain suspects while the investigation continues. Formal charges have not yet been made.

Forsberg said emails seized in October 2016 during a search of Bombardier offices in Sweden were considered evidence in the case.

He said the suspicion was that Azerbaijani officials co-operated with Montreal-based Bombardier to “receive rewards for having favoured the Bombardier contract.”

“Despite the fact that Bombardier was in fifth place in terms of price, it won the contract in 2013 and competitors with better prices were disqualified by the railway authority in Azerbaijan,” Forsberg said.

In 2013, Bombardier was part of a consortium awarded a $288-million contract to supply signalling equipment for a 503-kilometre (312-mile) track along a corridor connecting Asia and Europe to Azerbaijan Railways. Bombardier then said it was its “first major signalling contract in Azebaijian.”

Forsberg said Azerbaijani companies made $56 million in earnings from the contract.

The allegations against Pavlov also included dealings with a private company that joined the consortium that won the tender with Bombardier. Swedish broadcaster SVT and news agency TT report that the private company, based in London, added 550 per cent to the overall price when selling the equipment to Bombardier Azerbaijan.

If tried and found guilty, the maximum penalty in Sweden is six years, Forsberg said.

Pavlov’s lawyer, Cristina Berger, said it is up to the Stockholm District Court to decide March 24 whether to remand her client in custody.

“All I can say is that my client denies any wrongdoing,” Berger said.

Bombardier Transportation—the company’s rail division, headquartered in Berlin—says it is co-operating with Swedish prosecutors but it’s “premature” to comment on the outcome of the investigation or court proceedings.

“We will continue to co-operate fully with the Swedish authorities and will provide additional information when available and appropriate. As always, we are committed to operating in full compliance with all legal rules and requirements and our own high ethical standards.”

—Canadian Press and Jan M. Olsen in Copenhagen, Denmark, contributed to this report