SNC top leadership shaken up as CFO moves on 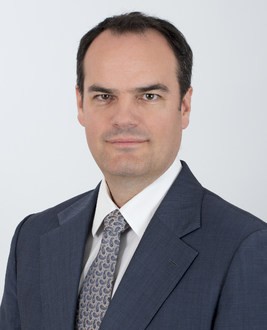 MONTREAL—SNC-Lavalin has promoted one of its executives to be chief financial officer, replacing Alain-Pierre Raynaud, as the construction and engineering company moves to the “next stage” of its evolution.

Raynaud has been the Montreal-based company’s CFO since he joined SNC-Lavalin in June 2013.

Prior to that, Raynaud’s career included five years as CFO of the French nuclear energy company Areva from 2006 through 2011, followed by a stint as chairman and chief executive of Areva UK.

He will be replaced effective immediately by Sylvain Girard, who joined SNC-Lavalin in August 2014 as senior vice-president for finance at SNC’s power business sector, which is involved in hydroelectric, nuclear and thermal energy.

Girard is credited with helping to improve the power sector’s performance and has been corporate controller since June 2015, where he was involved with a program to reduce costs and improve SNC’s competitiveness.

Prior to joining SNC-Lavalin, Girard had 14 years as CFO within General Electric’s financial services and health care sectors in Europe.

“Sylvain Girard’s appointment comes as we progress to the next stage of our evolution,” said Neil Bruce, SNC’s president and CEO.

“I thank Alain-Pierre for his substantial contributions to the company during the most challenging time in its history. His leadership helped us turn the company around and deliver good financial performance in the latter half of 2015.”

SNC-Lavalin has been grappling with a number of legal and business issues in the past few years, including criminal charges laid against the company itself and against former executives that are still before the courts.