Chief operating officer will take over engineering firm as of Oct. 5 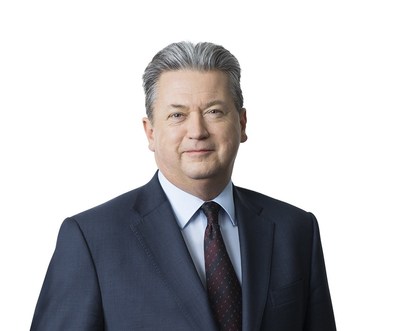 Neil Bruce has led the company’s mining and metallurgy and oil and gas businesses. His most notable achievement in the position is overseeing the acquisition and integration of Kentz. PHOTO: CNW Group/SNC-Lavalin

MONTREAL—SNC-Lavalin has announced that as of Oct. 5, Neil Bruce will replace Robert Card as president of CEO of the Montreal-based firm. Card has served as SNC’s chief executive since 2012, spearheading the company’s recovery after several ethics-related scandals, while Bruce joined SNC in 2013 and has over 30 years of experience in the engineering and construction industry.

“I am proud to have been selected by the Board as President and CEO of SNC-Lavalin, a company with a strong balance sheet, so much growth potential and a bright future ahead,” Bruce said. “We have some of the best leaders in our industry and a highly capable workforce of 40,000 employees that our global clients count on every day.”

“Together, we will deliver improved results and returns as we continue to improve operational efficiency, while managing the remaining legacy issues. I have already met many employees, clients and partners around the world and look forward to meeting many more over the coming weeks and months to share further details on the next phase of our strategic plan,” he added.

One of Bruce’s major accomplishments since joining SNC was overseeing the expansion of the company’s Oil & Gas division, transforming the segment from a 3,000-employee business to a 20,000-person organization. he was named COO earlier this year. Prior to SNC, Bruce held a variety of positions with AMEC, now Amec Foster Wheeler PLC.

“The upcoming handover and smooth transition from Bob Card to Neil Bruce, currently COO, comes at an important stage in SNC-Lavalin’s development,” Lawrence Stevenson, chairman of the company’s board, said.

“Bob’s tenure left a strong legacy during a critical time for the company, with a far-reaching transformation that changed the face of the executive team, repositioned the company strategically through the sale of AltaLink and the acquisition of Kentz among others, as well as turned its ethics and compliance system into a benchmark for the industry,” he added.

SNC said the position of COO will not be restaffed, and the presidents of the company’s four business sectors will continue to report to Bruce.