A worker at the company's Tillsonburg, Ont. facility, which makes wind turbine blades, fell from a weigh scale and was hit by a moving loader 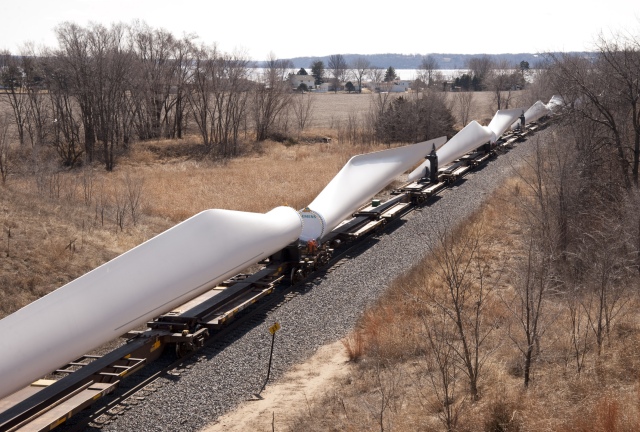 WOODSTOCK, Ont.—Siemens Wind Power Ltd. has been hit with a $60,000 fine after an employee was injured in a Tillsonburg, Ont. workplace accident.

According to the Ministry of Labour, a worker at the company’s wind turbine blade plant suffered multiple injuries after falling from a scale and then being hit by a moving loader in July 2015.

The incident happened after a turbine blade had been lifted onto a scale to be weighed. After the measurement was taken, the worker climbed onto the rim of the hollow turbine blade to unhook a c-clamp, which the loader had used to lift the blade. The worker lost his balance, however, falling about six feet to the floor.

Without realizing the loader was still in gear, the operator got out of the machine to help the worker who had fallen to the ground. The loader rolled forward into the fallen worker, who sustained a number of injuries.

The worker had climbed onto the rim of the turbine blade because a ladder wouldn’t fit between the loader and the weigh scale. Because of this, the province said Seimens violated the Occupational Health and Safety Act, which requires companies to provide a work platform when performing this sort of task.

The company pleaded guilty and was fined in a Woodstock, Ont courtroom last week.